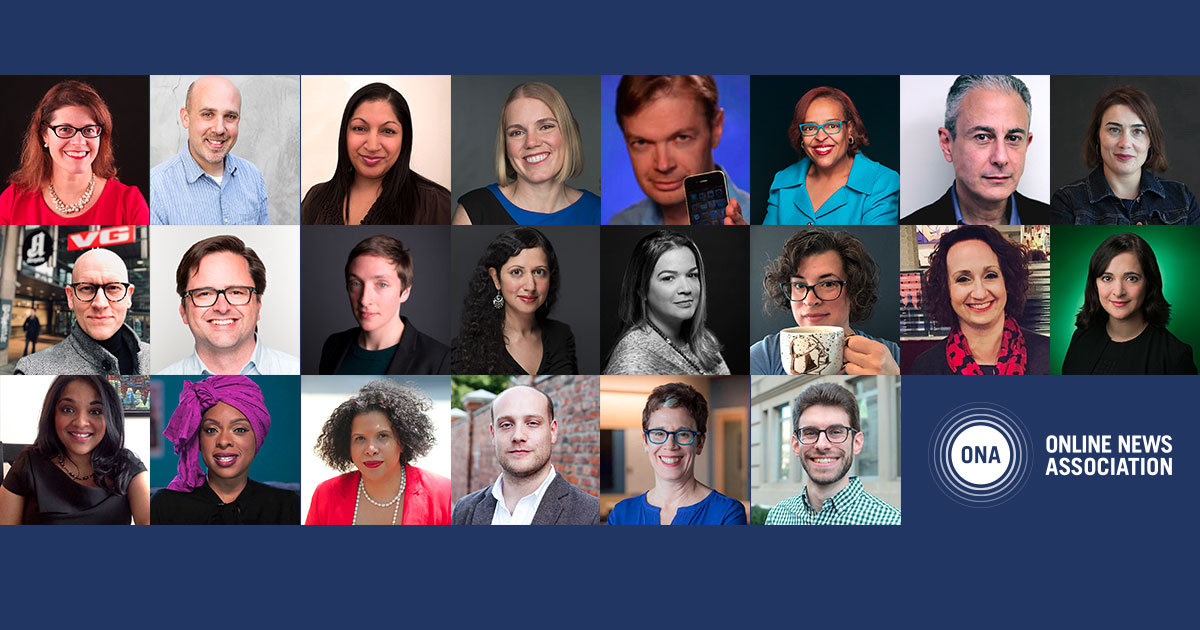 A total of 22 candidates — 17 new nominees and five incumbents, representing a wide and diverse range of digital media — ran for six open seats in the 2019–20 Online News Association Board of Directors election.

There are a total of 16 seats on the ONA Board; one additional is an appointed, non-voting student representative. Eight members are in the middle of their terms and not up for re-election, including the student appointee. The other eight directors were at the end of their two-year terms or appointments.

Two of those eight seats were held back to be filled by appointment following the election to address needs as determined by the Board. That left six seats up for election this year. Terms are for two years and begin Jan. 1, 2019. The appointments will be determined and announced in December.

The re-elected members are: