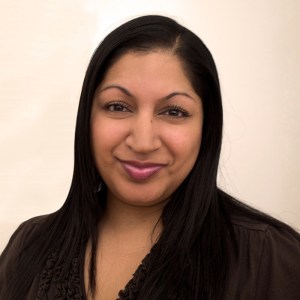 In July 2021, Niketa joined The 19th as their Senior Director of Partnerships and Platforms.

Previously, Niketa Patel oversaw Print and Digital News Partnerships in the US for Twitter and is based in New York City. In her role, she collaborated with newsrooms and journalists with regards to strategic initiatives, best practices and content strategy that spans across Twitter, Periscope, TweetDeck & more.

Niketa was Director of News & Content Partnerships at RebelMouse and there she went on to become Managing Director of RebelMouse’s Media Lab. She focused on key initiatives with an eye towards content creation, audience development and multi-platform products.

Niketa has 17 years of experience in digital journalism, audience development and product at CNN, ABC News, CBS News, The Atlanta Journal-Constitution, Florida Times-Union and more. She’s currently a board member for the Online News Association and has been a long time member of ONA, AAJA & SAJA.

As a candidate for the 2019-20 Board of Directors election, Niketa delivered a lightning talk at the ONA18 conference and submitted the following information. Learn more about the election process.

Having been a member of ONA for 14 years, the organization has been such an integral part of my career. ONA gave me access to like minded journalists to tap into and network with which enhanced my career. As someone that thrives on connecting people, I was thrilled to rekindle the NYC chapter a few years ago and to be invited to participate in several ONA Camps too.

As a digital journalist with 15 years experience in both print and broadcast newsrooms and in the startup and platform world, I have a lot to offer ONA in terms of industry insights, skills, career advice and my network.

I have been a firm believer in ONA’s vision and mission and want to help further excellence in journalism, editorial integrity and freedom of expression.

My vision for ONA would be to explore innovative ways to reach more journalists & newsrooms in order to increase membership and awareness of the organization. I want to help shape the future of ONA in order to help current and future digital journalists become pioneers and revolutionary experts in their respective fields.

Given that I am a woman of color, I seek out diverse perspectives in everything that I do from working with News partners in my current role, to hosting events for ONA Local in the past, to collaborating with my peers on a daily basis. I want to be a part of ONA’s efforts to continue to be a leader in providing services, events, training and resources to women, journalists of color and more.

What a time to be a journalist! Now more than ever, I want ONA, in partnership with other organizations to be on the frontlines fighting for #PressFreedom

ONA should continue to seek out emerging technologies and industry experts to enable journalists to be at the forefront of innovative storytelling. I hope my experience and knowledge will compliment existing and incoming board members.

If you have any questions or thoughts, please don’t hesitate to reach out to me.

Niketa has been an active ONA member as long as I can remember. She’s contributed when she worked within newsrooms, and now in her role with platforms, she’s also been one of the most accessible and enthusiastic partner managers I’ve worked with. She truly believes in ONA’s mission and cares deeply about the future of digital journalism.

She’s been a speaker at several conferences, and has done training outside of the conference as well. She thinks deeply about how Twitter can be used to push journalism forward and has written articles about the future of live journalism. It’s also not often that you find someone who works at a platform that responds to requests, handles criticism, and has such a deep background as a journalist.

I think Niketa would be a great addition to the board, with her enthusiasm for the organization and the future of the industry