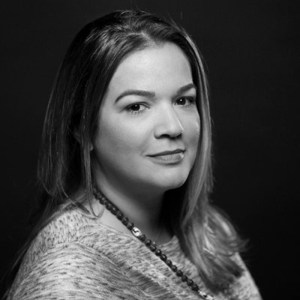 For more than decade, Selymar Colón has been at the epicenter of multiplatform journalism, engaging Spanish-language audiences and the Hispanic community in the U.S. with trusted news and information. A digital pioneer, Colón championed the use of social media in the newsroom and created the first team of multimedia news producers to incorporate digital-only videos into the company’s news strategy.

Colón has produced coverage converging the best of television with digital storytelling. Coverage includes the 2010 Haiti earthquake, one of the first interviews with U.S. Supreme Court Justice Sonia Sotomayor and the digital special “The Hispanics of the President.” Her efforts also contributed to the Univision News team winning awards for its digital coverage of the Humanitarian Crisis at the U.S.-Mexican border and TV news special “Meet the Candidates.”

Colón joined Univision in 2006 working across different roles and going up the ranks — from serving as producer for Sunday morning show, “Al Punto” hosted by award-winning journalist Jorge Ramos, to serving as director of digital integration and most recently as managing editor and senior director of digital news. She holds an M.S. in Investigative Journalism from Florida International University and a B.A. in Communications and Business from Lynn University.

As a candidate for the 2019-20 Board of Directors election, Selymar delivered a lightning talk at the ONA18 conference and submitted the following information. Learn more about the election process.

I have 13 years of experience in newsrooms. I have built my career from the ground up. Starting as an intern at Univision, and moving up the ranks. I give at least 3 workshops or presentations, a year at industry conferences.

Selymar Colón is the digital managing editor at Univision News. She has been with Univision since 2006 and has been a digital pioneer in our newsroom, most recently creating new partnerships with social media platforms and new video formats for new programming that is being distributed on all TV and digital platforms. She is always looking for new ways to contribute to the industry and I think she would be a great addition to the board. She is both an exceptional professional and human being that can contribute the perspective she has acquired through her work in TV and digital integration + and understanding of Spanish-language media in the U.S. and Latin America. She would also continue to grow and strengthen our board’s diversity. She is definitely a good candidate.