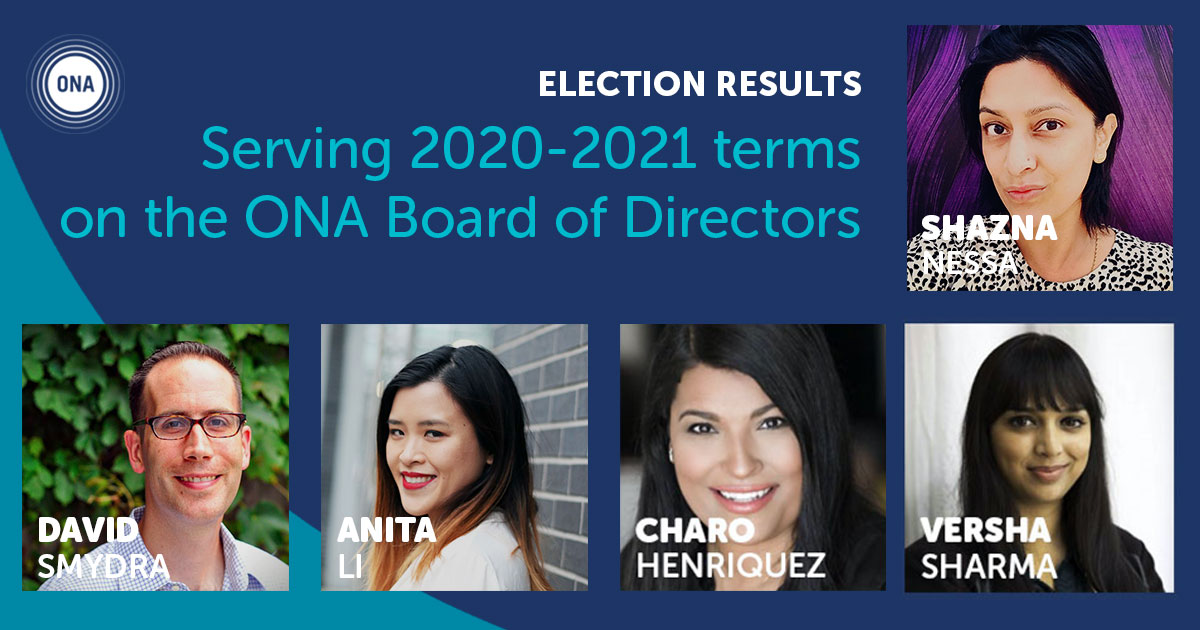 Members of the Online News Association, the world’s largest membership organization in digital journalism, elected media consultant Anita Li to the Board of Directors and re-elected four incumbents to a two-year term beginning January 1, 2020.

Anita Li brings leadership experience in revenue and business models, audience engagement and innovative news storytelling to the Board. Anita most recently served in a hybrid editorial-business role as Director of Communities at The Discourse, a digital news company that produces community-funded local news. She is also the founder and Editor in Chief of The Other Wave, a website showcasing film, television and media from diverse perspectives, and co-founded the Canadian Journalists of Colour network, which has chapters in four cities and counting.

The re-elected Board members are:

Eight Board members are serving out their current two-year terms through 2020:

The Board will appoint two additional seats before the end of the year and also appoint a non-voting student representative from a pool of applicants. ONA will call for applications from student members later this years.

Candidates in the board election were selected by the ONA’s Governance Committee from a pool of nominations submitted by ONA members. The committee reviewed nominations based on three criteria: ONA membership status; thought and career leadership in ONA’s five focus areas; and commitment and contribution to the organization’s diversity principles. ONA members as of Sept. 8 were eligible to cast ballots during the voting period Sept. 10–26. Learn more about the election results.