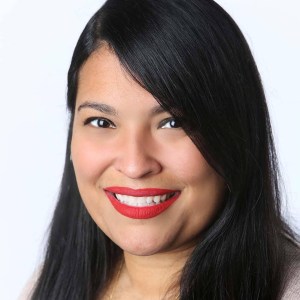 Charo Henríquez is a digital journalist, working at the intersection of journalism and technology, to create a better culture in newsrooms. She is an advocate for inclusion of traditionally underrepresented people in media leadership and has focused most of her career in leading innovation in news organizations.

She is part of the leadership team of the Culture and Careers department and leads Newsroom Development and Support at The New York Times. NDS is a team of journalists dedicated to creating strategy and executing training programs that support change in the newsroom. Led by Charo, the team works on building operational support plans and digital storytelling skills among journalists, as well as partnering with Product teams on helping build the best workflows and tools for the newsroom.

Prior to joining the Times, Charo was the Digital Executive Editor for People en Español at Time, Inc. Before that, she worked at GFR Media, in Puerto Rico, where she led digital product efforts as their Innovation Editor for newspapers El Nuevo Día and Primera Hora.

Charo is the Vice President of Online News Association’s Executive Board of Directors and a member of the Advisory Council Board to the Spanish-language Journalism Program at the Craig Newmark Graduate School of Journalism at the City University of New York. She was also a 2021 Fellow at Columbia University’s Sulzberger Executive Leadership Program. Charo has been faculty for ONA Women’s Leadership Accelerator and Poynter Institute’s Leadership Academy for Women in Digital Media.

She holds a Bachelor’s degree in Journalism and Broadcasting from Universidad del Sagrado Corazón in San Juan, as well as a Juris Doctor from the University of Puerto Rico.