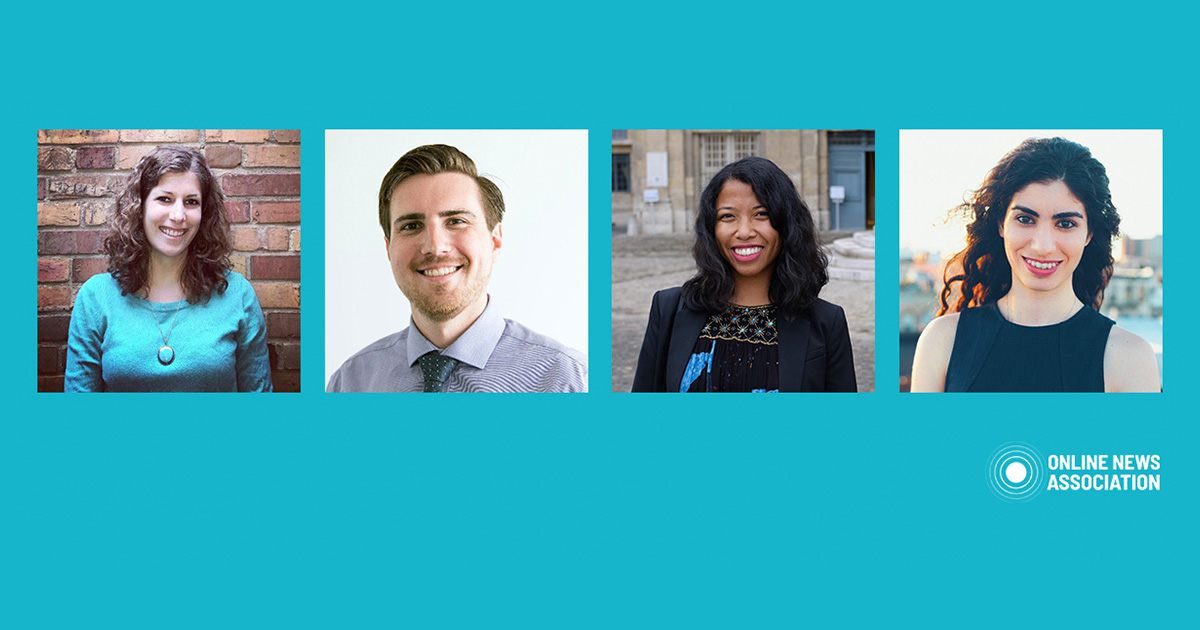 The new roles align the team for deeper collaboration on ONA’s year-round work to deliver innovation training, promote diversity and inclusion and serve as the go-to resource for insights into digital media trends and emerging technology.

In his role as Director of Technology, Adam Nekola is responsible for ONA’s data and technology strategy and expanding our expertise as an organization. Adam manages all web properties and has been a champion for streamlining internal processes and tools. He became a full-time staff member in 2017 after three years contributing to web development as a contractor. As Senior Digital Manager, Adam launched a new website and branding for the Online Journalism Awards that elevated the way ONA honors journalism excellence. He has also been instrumental in creating a meaningful experience for volunteers at ONA’s annual conference, including the Student Newsroom and the audio and video teams. As Director of Technology, Adam will report to Executive Director/CEO Irving Washington.

Diana Lopez‘s new role as Program Coordinator reflects her expanding responsibilities to plan and implement designated programs and community engagement initiatives. Diana first contributed to ONA as a volunteer at the 2017 Online News Association Conference. She joined the staff in 2018 as Administrative Assistant, responsible for general operations and program support. Since then, she has worked directly with the Executive Director/CEO to drive ONA’s mission, including improving engagement for the Board of Directors and facilitating the Vision25 collaboration to build racial equity in newsrooms. In her new role on the program team, Diana will report to Chief Knowledge Officer Trevor Knoblich.

As Director of Communications, Karolle Rabarison oversees communications strategy and implementation for ONA. This change reflects the work Karolle has been doing to tell the story of ONA’s mission and connect digital journalists to industry-leading training to improve their work. She collaborates across the team to grow participation in ONA programs and build a deeper understanding of target communities and members’ needs. Among her projects since joining the team in 2017, she has led the community in a yearlong celebration of ONA’s 20th anniversary, produced the Journalism 360 newsletter and created the annual conference’s popular daily newsletter. As Director of Communications, Karolle will continue to report to the Executive Director/CEO.

To align with the growth of ONA programs, Meghan Murphy joins the programming team serving as one of two directors of programs. She is responsible for designated programs and community engagement strategies. Since joining ONA in 2016, she has grown the ONA Local global network into over 50 volunteer-led groups and led new initiatives like the Journalism Mentorship Collaborative and Community Circles. More recently, she has been organizing a series of virtual idea-sharing and networking events for people with similar roles—audience, product, revenue and digital news professionals—to connect across geographies. Meghan will report to the Chief Knowledge Officer.

“ONA’s work has grown and changed over the last year in how we support digital journalists during pivotal moments in our field,” said Irving Washington, Executive Director/CEO. “The promotions of Adam, Diana, Karolle, and Meghan not only better strategically align our work but speak to the talent and commitment they each bring to the organization.”

To learn about the latest training opportunities and resources from the Online News Association, subscribe to the ONA Weekly newsletter.