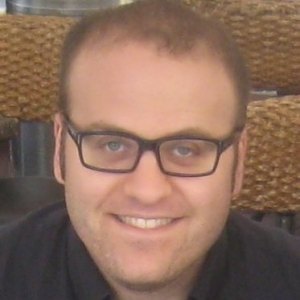 It’s become a truism that the news industry is at a crossroads. For years, the way news is produced and consumed has been transforming at a whirlwind pace, where journalists and news organizations need to adapt not just to new platforms and approaches, but to the notion of constant adaptation itself as the new normal.

It is in this climate that ONA has come into its own. Long the premier organization for digital journalists, ONA has taken the next step and become the most important and influential journalism association throughout the industry.

Much of this evolution has to do with ONA’s approach to digital transformation in news. Instead of bemoaning the industry’s changes, ONA — through its conference and other initiatives — seizes the opportunity to make journalism better. It brings together the best minds in news to brainstorm more effective ways to meet readers and viewers where they are, to involve the audience in the process, to dream up more sustainable business models.

I’ve been proud to contribute to ONA’s industry leadership and essential optimism as a member of its board of directors, and as founder and chair of the ONA News Ethics Committee, for the past four years. And I still see enormous opportunity for ONA to do more for its membership and the industry. Here’s some of what I’d like to push for in my third term as an ONA director:

I’m very proud of what ONA has accomplished in the past several years and confident that my experience as a newsroom leader and news industry innovator has positioned me to push ONA in critical new directions. Thank you to ONA, and to its wonderful members, for giving me the opportunity to serve.

Eric Carvin, who directs social strategy at AP, has served on the ONA board since the start of 2014 and is recognized as a leading industry thinker on social journalism and digital news ethics.

Eric oversees AP’s use of social media to uncover breaking news, gather user-generated content, connect with readers and share powerful content. He also guides AP’s journalists as they use social in their pursuit of news.

Over the past year, Eric has also taken on a critical role in the fight against misinformation, leading AP’s work with Facebook and others to elevate facts and flag questionable content.

A 17-year AP veteran, Eric has extensive experience with innovative and interactive storytelling. He ran Ask AP, a column in which AP journalists answered readers’ questions about the news, and edited “Far and Wide,” AP’s first news blog. He’s played other roles at AP, from coordinating the global news report to editing national news copy and analyzing exit poll results.

At ONA, Eric founded and chairs the board’s News Ethics Committee. He also co-founded an ONA working group that is examining standards and ethics issues related to social newsgathering and that has reshaped the industry’s conversation around this critical topic.

I’ve been attending and speaking at ONA events since 2011, and I’ve served on the ONA board of directors since 2014. More broadly, I’ve been a journalist for more than two decades, including my 17 years at AP. I’ve been specifically focused on the digital side of the industry for well over a decade, starting from when I was a founding news editor of asap, an AP project that sought, starting in 2005, to innovate around storytelling methods and to integrate then-siloed platforms and formats. Since then, I’ve grown to be recognized as an industry leader in digital innovation.

Not required for incumbents.