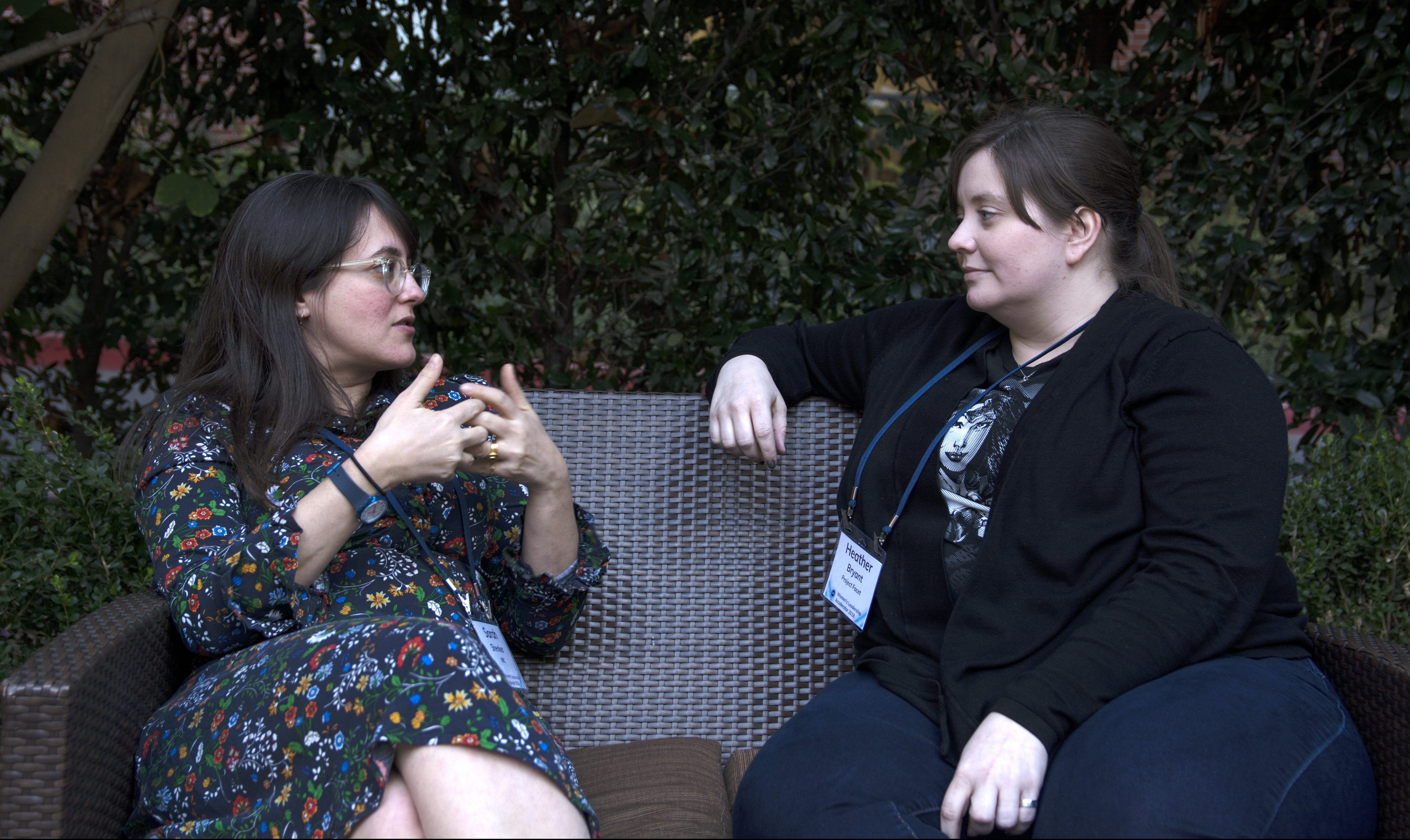 This post was originally written in 2017. Applications for the 2021 Women’s Leadership Accelerator are open through Nov. 30, 2020.

We’ve heard from women all over the world who are looking for more support and guidance as they move through their journalism careers. They want more than a seat at the table — they’re looking to connect with other people who understand their unique challenges as they push their newsrooms to be more digital and for practical advice on how to improve their work.

With this in mind, we designed the Women’s Leadership Accelerator to help advance women in digital journalism. The intensive program provides a lifelong connection to a cohort of amazing women, tools to troubleshoot your biggest challenges at work and one-on-one mentoring from some of the top women leaders in digital journalism.

Repeatedly, we’ve heard from past participants that the Women’s Leadership Accelerator has been transformational. Here are a few thoughts from women who have gone through the program:

Rubina Madan Fillion, Director of Audience at The New York Times Opinion shares, “I started the Women’s Leadership Accelerator with high expectations. It far surpassed them. The program is so much more than a weeklong training; it’s a transformative experience that offers both professional and personal fulfillment. Through the Accelerator, I worked alongside brilliant digital journalists on the biggest challenges facing our industry. They have become my dear friends and confidantes. Members of my cohort celebrate each other’s successes as they launch new products, speak at major conferences and get promotions or impressive new jobs. We’re plugged into a much larger network of newsroom leaders who are eager to learn from each other and help others succeed. Participating in the program is one of the best things a digital journalist can do for herself.”

Irene McKisson, General Manager of Niche Audience Development at the Arizona Daily Star, puts it simply, saying, “If you are a lady boss in digital media, don’t hesitate to apply for this. You are worthy and it is life-changing.”

Amy King, Assistant Managing Editor, Features and Features Design at the Los Angeles Times, says, “At last year’s ONA Leadership Accelerator, I learned how to be a better leader, how to empower those around me to take ownership of their roles, how to set the tone of working relationships, how to prioritize and how to better advocate for myself and my team. I picked up small yet invaluable habits and tricks from the group of women I spent the week with. I was in the process of launching The Lily, and I can confidently say that the end product wouldn’t have been quite the same without this program. Both instructors and participants listened and provided thoughtful, useful feedback. I was able to introduce new ideas to my team the first week I returned to work. The Lily’s devotion to the black heart emoji was a direct result of the 2017 ONA Women’s Leadership Accelerator. But perhaps most importantly was that before attending, I didn’t have an extensive network, but now it seems like most everyone is just an email or two away. Plus, I made some great friends along the way.”

Kim Fox, Vice President of Product Strategy at CalMatters says, “I learned so much about leadership, design thinking, product development, audience, self-care (and myself) from incredible women.”

Heesun Wee, Senior Producer at Linkedin, explains why freelancers and in-transition journalists should apply to the ONA Women’s Leadership Accelerator: “I had voluntarily left a full-time gig in summer 2016 to go freelance. I had tackled massive, award-winning news projects. But I was stuck in roles I had outgrown, and cookie cutter job postings were uninspiring. It was clear I had to build my own future in digital storytelling. So I applied. The timing of the tuition-free accelerator was such a gift. It helped me figure out projects I wanted to pursue. The accelerator helped me imagine yet-to-be written, multidisciplinary job descriptions I crafted for myself. The program gave me tools and the confidence to begin hacking my own road map.”

“After the accelerator, I signed up for a year-long project to produce a six-part documentary series on the state of work in America. Part of a larger content push at LinkedIn called #WorkInProgress, the experimental series focuses on work life outside NYC/DC, SF and LA. My subjects aren’t CEOs, VCs or influencers, but that’s the point. In many ways the docuseries is a radical departure for Microsoft-owned LinkedIn. There was no blueprint for character-driven documentary storytelling, anchored in deep-dive jobs/economic reporting—even as much larger news outlets have abandoned this key beat. I went for it because the accelerator gave me tools and encouragement to shape what ambitious, emotionally-charged storytelling can look like to engage audiences, even on a careers platform that finds itself at the epicenter of a shifting American work landscape.”

If you are a woman passionate about leading change in the newsroom, we highly encourage you to apply this year. Apply for the program by Nov. 30, 2020.