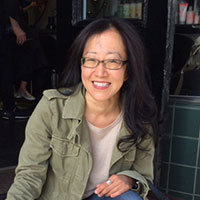 Heesun is a multimedia journalist with a specialty in long-form, investigative storytelling. At CNBC Digital, she produced two long-form narratives with documentary shorts. One project showed how North Korean millennials are using smuggled technology from China to affect change; while the second explored the influence of China’s middle class on U.S. agriculture. Both multimedia projects received national honors: Excellence in Financial Journalism award from the NY State Society of CPAs, and a Best in Business award from the Society of American Business Editors and Writers (SABEW). Prior to CNBC, she was a senior producer and helped launch multiple video projects at Yahoo! Finance and News. Based on the West Coast, she’s a contributing writer for CNBC. She’s also in pre-production on a mini documentary-series to be filmed using 360 cameras about life in America after a divisive election. The stories will be presented using VR technology.