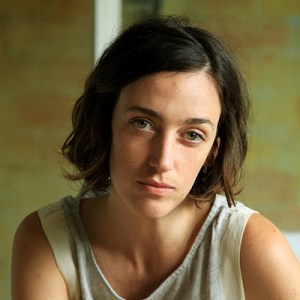 Alba is a digital storyteller with a strong passion for creative innovation. She’s been recently named AJ+ Español Executive Producer. In her previous role, she headed the digital video operation for El País in America, the world’s leading newspaper in Spanish. Alba was an interactive producer for The Associated Press for three years. Born in Girona, Spain, she has directed, produced and filmed documentaries in India, Colombia, Nicaragua, Ecuador and Cameroon. She received the prestigious La Caixa scholarship to study at the University of California at Berkeley Graduate School of Journalism and worked at Mediastorm multimedia studio in Brooklyn, NYC. In 2009, she received a grant from the Academy of Television Arts and Sciences Foundation to work for the Werner Herzog’s documentaries production house and produces programs for National Geographic and Discovery Channel. She has an undergraduate degree in audiovisual communication from Pompeu Fabra University in Barcelona, Spain.