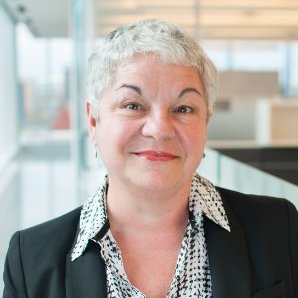 Until her retirement in Dec. 2016, Jane oversaw and managed the day-to-day operations of ONA, the world’s largest membership organization of digital journalists, working closely with the Board of Directors. Her purview included membership, partnerships, global community outreach, budgeting and revenue generation, fundraising and development, the Online Journalism Awards, and providing vision for ONA’s state-of-the-art annual conference.

Jane has a long history of creating and promoting digital journalism in the commercial, independent and nonprofit worlds. Prior to joining ONA, she served as Consulting Senior Editor for the Pew Research Center’s Project for Excellence in Journalism’s 2008 State of the News Media Report. In 2006-2007, she oversaw the communications, marketing and digital efforts at the Center for Public Integrity and was part of a CPI team that won online awards from the Society of Professional Journalists, Investigative Reporters and Editors, the National Press Foundation, the Society of Environmental Journalists, the Association of Healthcare Journalists and Harvard’s Joan Shorenstein Center on the Press, Politics and Public Policy. She started up Public Access Journalism in 2001 to examine social issues in print, broadcast and themed public Web sites featuring webchats, blogs, videos, podcasts and interactive resources.