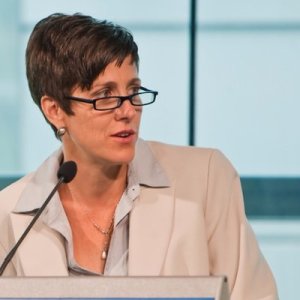 Kelly McBride is a writer, teacher and one of the country’s leading voices when it comes to media ethics. The world’s largest newsrooms, including The New York Times, The Washington Post, CNN, NPR and the BBC, frequently quote her expertise. After getting her bachelor’s degree in journalism from the University of Missouri, she began her career as a police reporter in the hills of the Idaho Panhandle, covering meth dealers and white supremacists. She earned a master’s degree in theology from Gonzaga University and gained a national reputation as a religion reporter. At Poynter, she has served as the director of the college fellowship program, ESPN’s ombudsman, and the founder of the Sense-Making Project, a Ford Foundation initiative examining the effects of technology on democracy. In 2015 she is most enthusiastic about the inaugural Leadership Academy for Women in Digital Journalism.