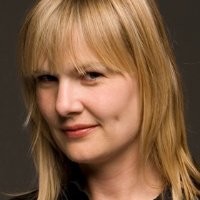 Claudia Bestor joined the Hammer Museum in March 2008 as the Director of Public Programs and Education. Inspired by the Hammer Museum’s commitment to create a cutting edge cultural center in Los Angeles, Bestor has expanded and diversified the breadth and appeal of the Hammer’s free public programs. Under her stewardship, cultural luminaries including Kenneth Anger, Angela Davis, Michel Gondry, Peter Sellars, Lynda Barry, David Lynch, Patti Smith, J. J. Abrams, and Matt Groening, and bands such as Edward Sharpe and the Magnetic Zeros and The Henry Clay People have drawn record numbers to the museum.

Popular new programs such as Mindful Awareness, Open Projector Night, Family Flicks and multi-faceted theme evenings like Bike Night and Bloomsday, have brought national recognition to the Hammer Museum’s programming. Prior to her work in the museum, Bestor spent 12 years in the film industry, and also photographed on a freelance basis for a variety of publications including the New York Times. An ex-ichthyologist with research programs at the American Museum of Natural History and the Harvard Museum of Comparative Zoology, she earned a BA from Columbia University and a MS from Duke.