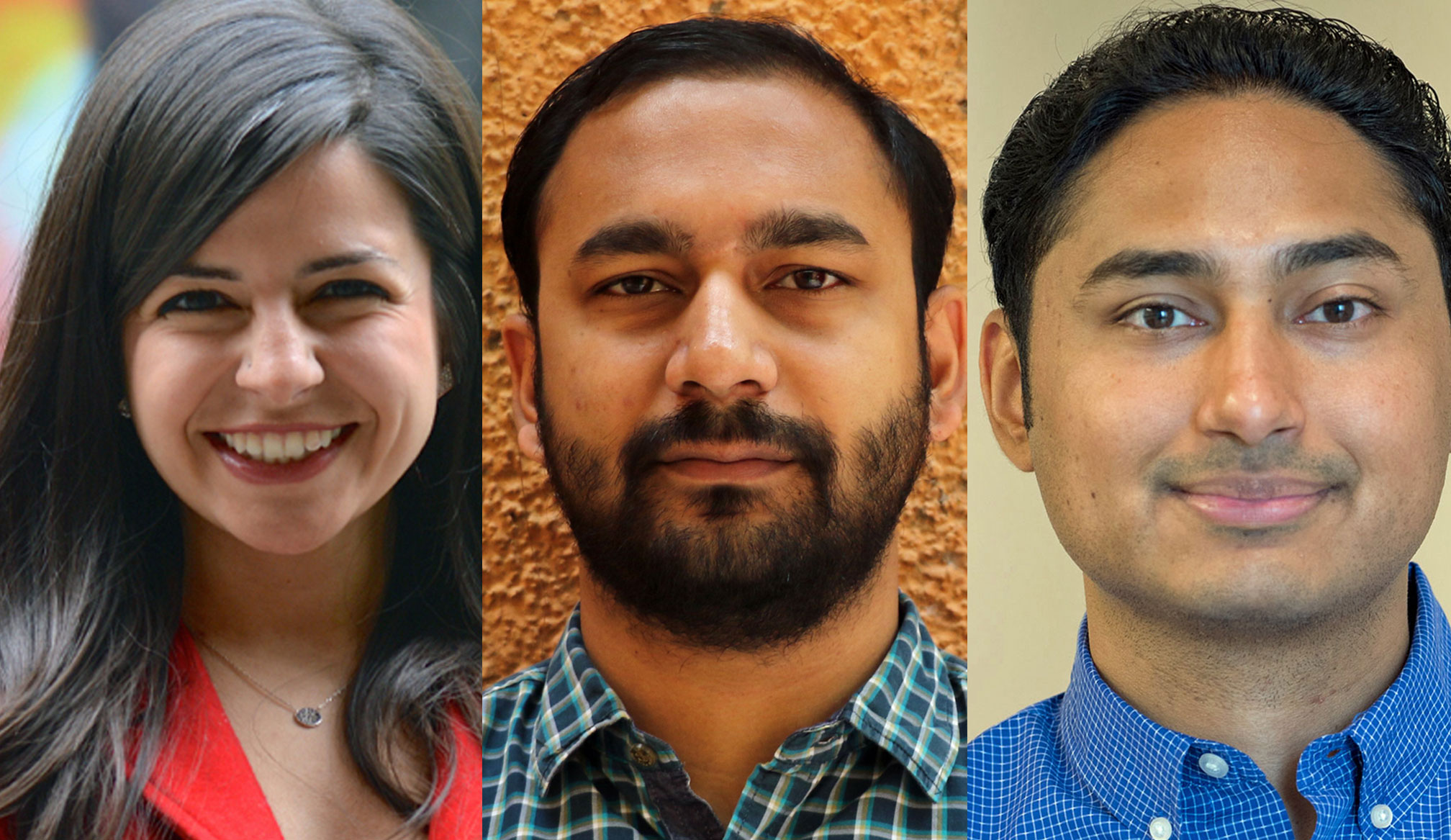 The selection committee combed through applications from 18 countries choose these up-and-coming digital journalists — two from the United States or Canada and one based elsewhere internationally, in partnership with MSN International — who are making their voices heard in the industry.

A freelance foreign correspondent and editor, Tania created Give Me Your Tired, a newsletter about global migration, and particularly changing immigration laws, asylum seekers and migrants worldwide. In the first six months of its launch the newsletter had nearly 500 subscribers, all through word of mouth. “The goal is to help people — whether fellow journalists, lawyers, students or ordinary folks — make sense of a tsunami of immigration news and really understand what’s happening beyond,” she said.

Anand is manager for data products at Scroll.in, an independent news website in Mumbai, India, where he has combined data and visualization to create new ways of telling stories. His work initially focused on sports, but has expanded into other areas such as the economy and government. Anand also is supporting the newsroom’s small reporting and editing staff to tell stories in more visual ways to attract new audiences.

Vignesh is web producer and a founding member of ProPublica Illinois, the national news organization’s first venture into regional news. His work focuses on taking the ProPublica’s investigative model and scaling it to the state level with visually impactful stories that focus on the unique needs and issues of local audiences across the state.

See an example of Vignesh’s project | Learn more and connect

Each fellow will participate in three online coaching sessions with leaders in journalism and technology to support their projects. They also will receive a free, three-year ONA membership and an expenses-paid trip to the Online News Association Conference & Awards Banquet, Sept. 13-15 in Austin, Texas, to speak about their work and ideas.

The selection committee felt so strongly about the projects and potential of four other applicants that they were awarded honorable mentions:

You can donate to the MJ Bear Fellowship fund online.