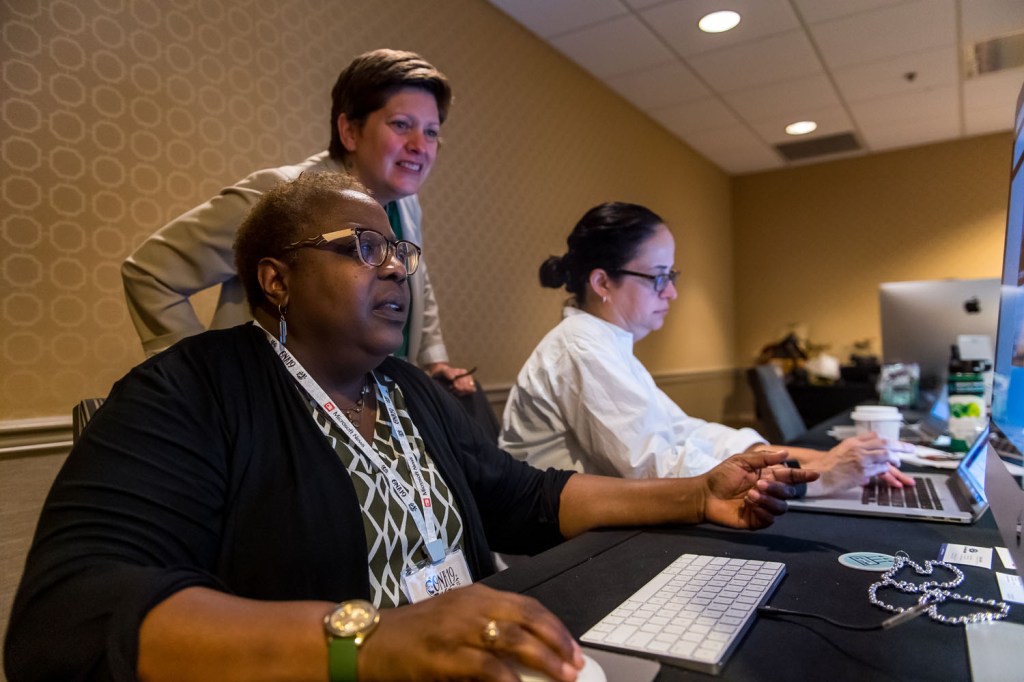 Everyone’s path to journalism is different — and the internet and an increasingly diverse population have made those paths even more varied. J-school isn’t (and shouldn’t be) the only place where news organizations find talent. ONA on Air producer Andrea Gutierrez, who also works for KPCC public radio, chats with longtime journalism educator Michelle Johnson about supporting journalism newcomers. She has run the Student Newsroom and Innovation Lab at ONA’s annual conference for years and is passionate about training the next generation of journalists of color. We also hear from ONA19 speaker Priscilla Villlareal, better known as Lagordiloca, about non-traditional paths to journalism and how ONA can encourage people from different backgrounds and identities to enter the profession.

Episode S2E11 was produced by Andrea Guiterrez of the ONA19 Audio Team. Music used in this episode is by Bonus Beats Blast 2011 at FreeMusicArchive.org.