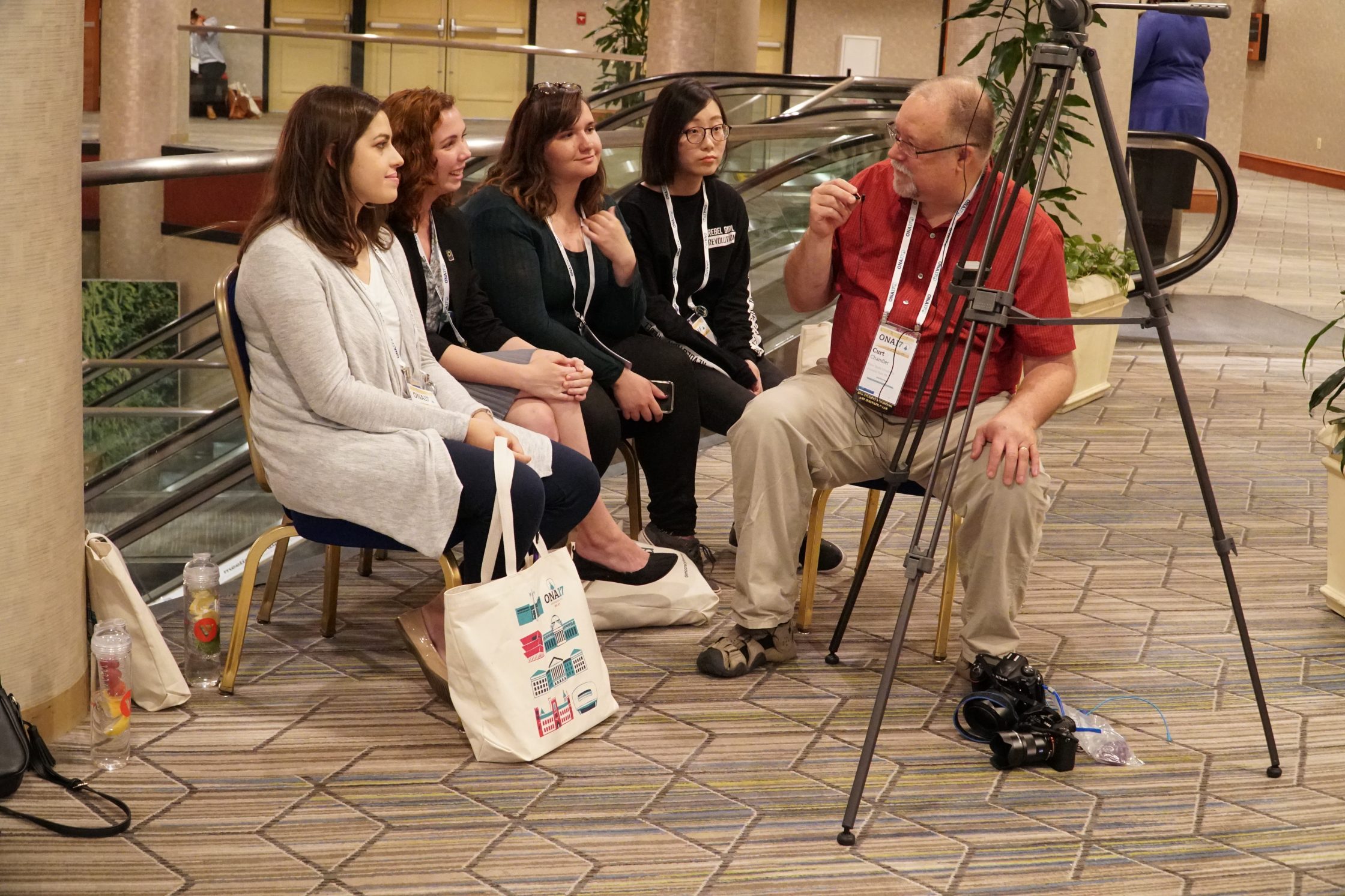 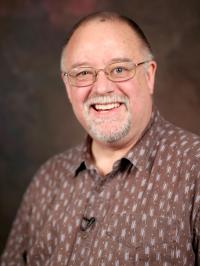 Curt Chandler, a beloved mentor in the ONA community and Associate Teaching Professor at Penn State University’s Bellisario College of Communications, died Jan. 31, 2022, from pancreatic cancer. He was 64.

Curt was involved in ONA from the early days alongside other journalists who were eager to embrace innovation and online news. He was chiefly known in the ONA community for his dedication to the Student Newsroom and Innovation Lab at ONA’s annual conference, where he trained hundreds of undergraduate and graduate students on visual journalism.

Students, fellow newsroom mentors and other ONA friends describe Curt first and foremost as kind. His passion for storytelling came through in all interactions. And he was generous with his time and talents, excited to support anyone in their journalism work, regardless of whether they were just getting started or already established in their career.

In 2021, the student newsroom was organized as a virtual program for the first time due to the pandemic. Curt raised his hand once again. He coordinated with other mentors to adapt the newsroom as a remote experience, inspiring another group of students with his passion during a time when the ONA community hadn’t been able to gather as usual.

“If you were within earshot of Curt, you were one of his students. He never stopped teaching. His eagerness to teach everyone and anything he knew was his greatest gift.”

ONA has made a contribution to the Chandler Grant for Storytelling, established by family, friends and the Bellisario College as a tribute to Curt’s legacy. Gifts to the fund will support multimedia storytelling programs for students.

See more in their own words what Curt’s students and ONA colleagues had to say about his impact.

“I loved watching him work with students in the newsroom — he wanted them to learn and to soar and would sit at a computer terminal with them until all hours, just coaching. The nights of the ONA awards were both fun (and frustrating!), when we’d stay up working on the photos to be posted to the site that night. We knew everyone would be looking for their faces and Curt felt (and took students along) that everyone deserved the very best photo editing…of course. Only problem was that dedication often kept us all up until 2 a.m.! But that was Curt, wanting to do it right every time. — For me, well, Curt was always there to help. With teaching ideas, with equipment recommendations, with a smile and always…always…a willingness to come to the rescue. Not only was Curt a gifted photographer and photo editor, he was an exceptional colleague and I will miss that lovely voice at the end of the phone or in a text message.” — Peg Achterman, Associate Professor of Communication & Journalism at Seattle Pacific University; ONA Student Newsroom mentor

“Curt and Peg Achterman have been our rock-steady visual team [in the ONA Student Newsroom] for years. We never had to worry about the photo students because every single year we knew that Curt and Peg would provide a great learning experience for them (and all of the newsroom). Whatever students pitched, these mentors made it happen … Curt was calm, patient with students, collegial, and always, always strove to help his mentees produce their best work … Curt’s the guy in this group photo holding up his phone, likely of someone who couldn’t be there for the group shot. That says everything about who he was.” – Michelle Johnson, retired Associate Professor of the Practice, Multimedia Journalism, at Boston University; ONA Student Newsroom co-chair 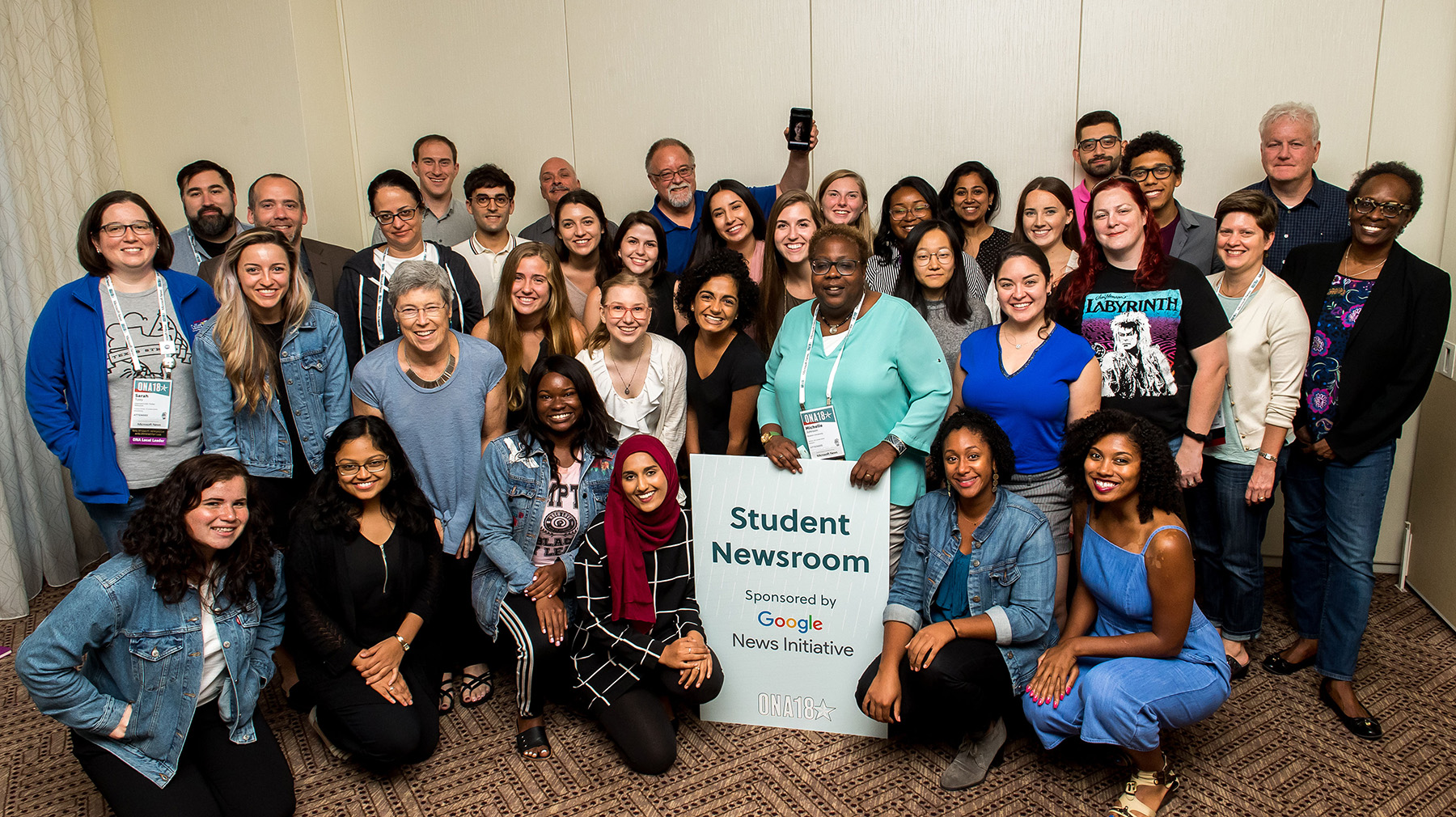 “Curt was my professor at Penn State as well as my ONA student newsroom advisor. He later invited me back to be a student newsroom mentor myself. That opportunity was such a gift. If you were within earshot of Curt, you were one of his students. He never stopped teaching. His eagerness to teach everyone and anything he knew was his greatest gift. If he didn’t know the answer, he would learn alongside you. He was selflessly willing to make any connection for his students and colleagues. I will remember him as the kind smiling face who always had coffee in hand. I can’t recall seeing him yawn very many times in all the years he was my professor and then professional mentor. His boundless energy for those around him willing to learn was admirable. The human and journalist I am today is huge thanks to Curt’s selfless dedication to storytelling and teaching.” – Jill Knight, Photographer; ONA12 Student Newsroom participant and ONA16 mentor 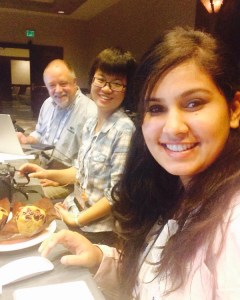 “In 2015, Curt served as my mentor at the ONA Student Newsroom for multimedia production. My favorite memory of working with Curt is that just a few hours before the deadline for our videos, I panicked looking at a half-finished workflow. Curt sat next to me and said “Don’t worry. I’m here to help.” He went on showing me a faster way to lay audio and video tracks on Adobe Premiere and went through transcripts and soundbites from different interviews with me. We ended up staying all night working on the videos, along with three other students that Curt was mentoring. I will always be grateful for Curt’s patience, generosity with his time, and enthusiasm in helping students grow. I miss him dearly.” – Haiyun Jiang, Photojournalist; ONA15 Student Newsroom participant

“I met Curt at ONA15 Student Newsroom in Los Angeles. Meeting Curt felt like meeting a family member I have known for long. It was my first ever international trip and Curt was very kind, and supportive. Our pre-conference schedule included a trip to Disneyland, and my favourite memory of working with Curt is when Amara Aguilar, and I were experimenting to put on a GoPro for the trip. Curt came in, and told me “put it on your head, and explore like a tourist!” Post the newsroom experience, I connected with Curt through his social media. I send my prayers to his family. I miss you, happy smiling Curt! ” – Karishma Asoodani, Financial Journalist at India Today; ONA15 Student Newsroom participant

“Curt encouraged me and another Penn State student to apply for ONA’s student newsroom. After we were accepted, he drove us several hours to and from Washington, D.C. … I’m so grateful that he introduced me to this incredible community and helped shape my love of online journalism.” – Mandy Hofmockel, Managing Editor, Audience, at Hearst Connecticut Media Group; ONA10 Student Newsroom participant

“The first word that comes to mind to describe Curt would be passionate. You would never see him without a camera strapped around his shoulder or in his hands. He was the most genuine person that truly cared about the art of journalism but also about his students’ success. Curt was the one who told me about the ONA newsroom program and encouraged me to apply and I’m so thankful to him for that opportunity. I remember the day I emailed him to let him know I was accepted into the program he replied back expressing his excitement for me and even included “*doing a happy dance*” to let me know how happy he was. I’ll never forget while I was making pictures at the ONA awards ceremony and I got a shot I was really proud of that was unique and different, and Curt was the first person I wanted to show. He was so excited about the image that he posted it everywhere he could and wanted me to publish it everywhere I could just so as many people could see it as possible. I still have that picture in my portfolio to this day and I still think of that moment.” – Caitlin Lee, Photographer; ONA19 Student Newsroom participant

“Journalism has lost one of its best teachers …. I met Penn State’s Curt Chandler in the ATL in 2013 when Michelle Johnson asked me to co-chair the Online News Association student newsroom with her and her team of mentors. Every year since, Curt showed up to teach, inspire and lead students at our ONA convention … He taught generations of students to think outside the box and mentored anyone who asked for his help — including the grownups. I can’t count the number of people he inspired, there are so many.”  – Katia Hetter, Senior Editor for CNN Digital; ONA Student Newsroom co-chair

“I can’t remember the first time I saw Curt. He just always seems to be there. When I worked as executive director and later I helped in ONA’s exhibitors area, I often stayed up late at night because I was a night owl. At some point I would wander into the student newsroom and there would be Curt. Maybe one other instructor and a plethora of students, constantly yelling his name or coming over to see him and asking him a question about a piece they were working on … I remember one time when one of his students interviewed me for an “old-timers” reminiscence about how ONA had grown over the years. I always remember him laughing and saying to the student doing the interview ‘Go easy on him.’ … He always had a kind word. He helped those young people so much. He really wanted them to be good journalists.” – Tom Regan, Freelance Copywriter at Local SEO Guide; former ONA Executive Director