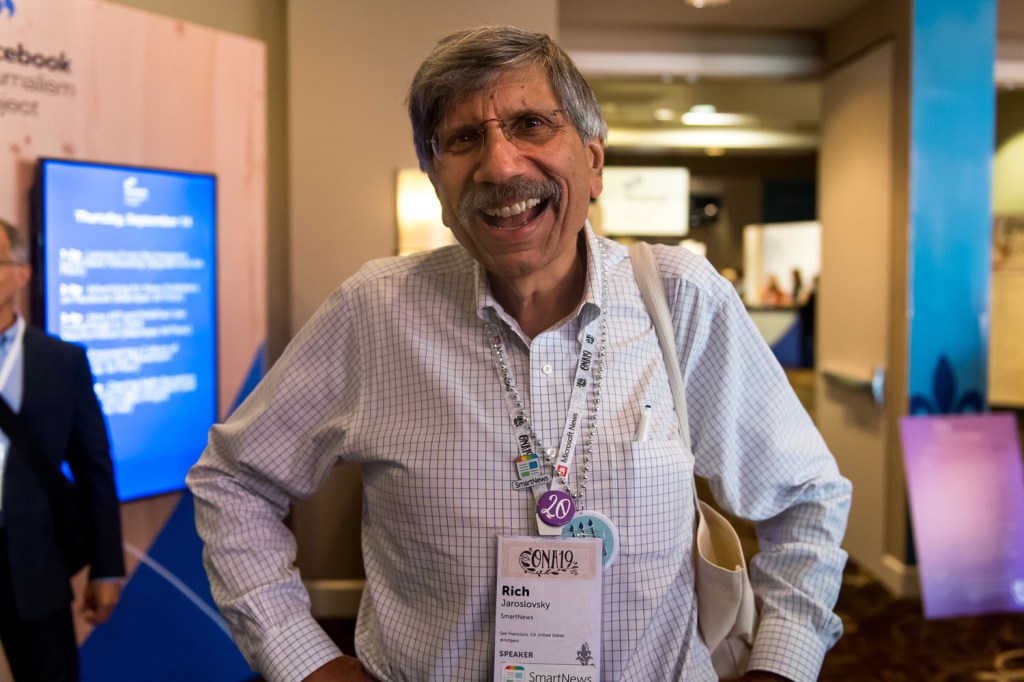 The origin story for the Online News Association starts in the most relatable way: two journalists complaining about their newspaper’s corporate owners and the dismissive way journalists writing for the web were treated. In this episode, ONA on Air producer and host of the “It’s All Journalism” podcast Michael O’Connell talks with ONA co-founder Rich Jaroslovsky at the ONA19 conference in New Orleans. They talk about why the association was started and what Jaroslovsky thinks is the future and challenge for ONA.

Episode S2E10 was produced by Michael O’Connell of the ONA19 Audio Team. Music used in this episode is by Podington Bear.