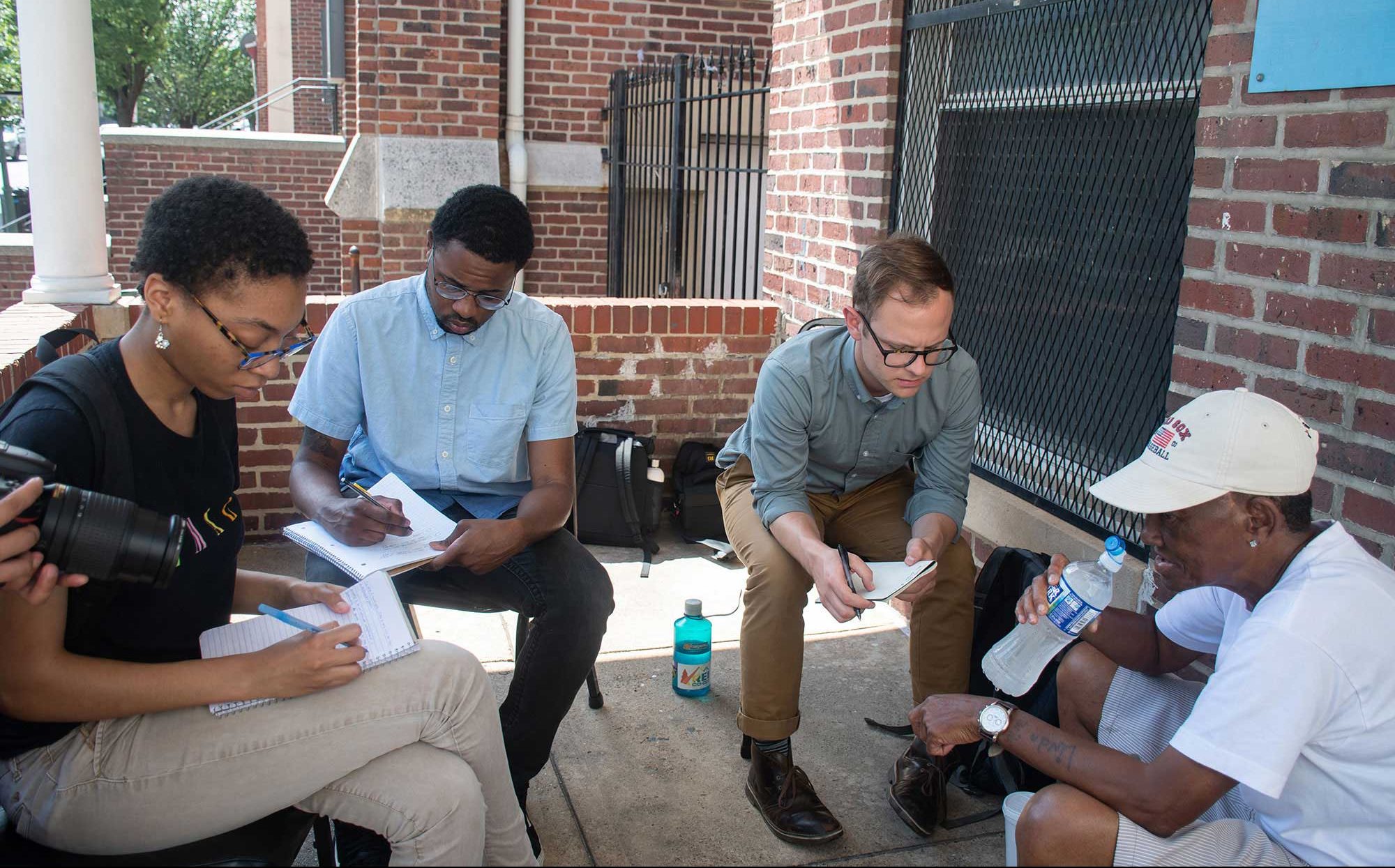 Members of the University of Maryland Philip Merrill College of Journalism grant-winning team speak to sources while reporting. Photo provided)

University of Maryland received grant funding in 2018 from the Challenge Fund, and all 2018 winners were encouraged to apply for the Grand Prize. The university received an initial $35,000 to test a model for “community data journalism” in which they worked with residents of low-income housing communities in Baltimore to create and install low-cost temperature and humidity sensors. The project sought to better understand what it is like to live in homes that are too hot or too cold, in light of laws designed to regulate temperature in homes, and the effect of temperature on the health of people with chronic conditions, in light of climate change.

The project, which was initially partnered with Capital News Service and Wide Angle Youth Media, expanded and attracted multiple reporting partners including NPR and The Baltimore Sun. “Code Red” and “Bitter Cold” include a range of reporting on how climate change affects the health of low-income residents with chronic medical conditions in Baltimore city.

The competitive Challenge Fund for Innovation in Journalism Education was created in 2014 to fund experimental projects that encourage collaborative local news coverage and investigations, bridge the academic and professional communities, improve training for students and generate meaningful lessons for digital news.

The fund is a partnership between the Ethics and Excellence in Journalism Foundation, Robert R. McCormick Foundation, John S. and James L. Knight Foundation, Democracy Fund, Rita Allen Foundation, The Scripps Howard Foundation and Online News Association. In total, 42 collaborative projects have received over $1.5 million of support through the fund.