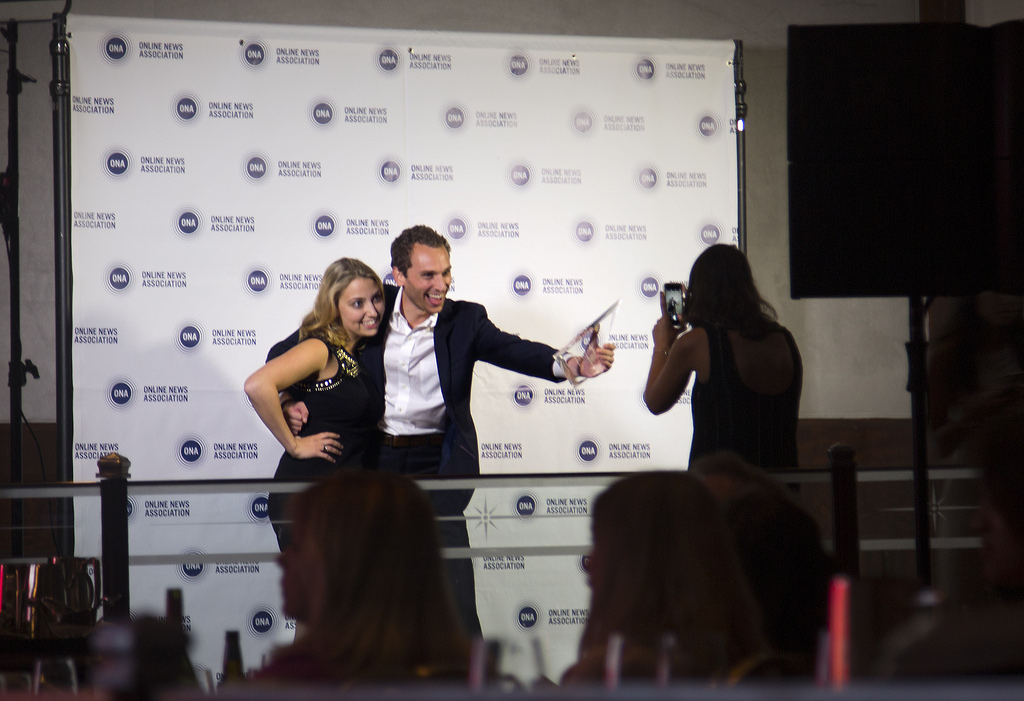 WASHINGTON, DC – The Online News Association, the world’s largest membership organization of digital journalists, today opened the call for entries for the 2016 Online Journalism Awards (OJAs), emblematic of the best in digital journalism, with 35 categories and $53,500 in prize money. The OJAs recognize major media, international and independent sites and individuals producing innovative work in multimedia storytelling.

As in past years, the 2016 OJAs have been modified to keep up with the rapidly evolving media industry:

The 2016 OJAs are open to work published between May 16, 2015, and June 2, 2016. Applicants are invited to submit their work on journalists.org after reading the Rules & Eligibility.

The finalists and winners will be selected through a two-step process. First, industry-leading journalists and new media professionals will screen the awards to determine semi-finalists. In August, a panel of judges will convene to select winners.

The OJAs are the only comprehensive set of journalism prizes honoring excellence in digital journalism around the world. Honorees will be announced on the final night of ONA16, the Online News Association Conference and Awards Banquet, Sept. 15-17, at the Hyatt Regency Denver at Colorado Convention Center.

Entries can be submitted here. The deadline is June 3. View the complete list of 2015 winners.

About the University of Florida College of Journalism and Communications
The University of Florida College of Journalism and Communications is driving innovation and engagement across the disciplines of advertising, journalism, public relations and telecommunication. The strength of its programs, faculty, students and alumni — in research and in practice — has earned the college ongoing recognition as one of the best in the nation among its peers. The college offers bachelor’s, master’s and doctoral degrees and certificates, both online and on campus. The college’s strength is drawn from both academic rigor and experiential learning. The college includes seven broadcast and digital media properties and the nation’s only program in public interest communications.

Read this press release in: