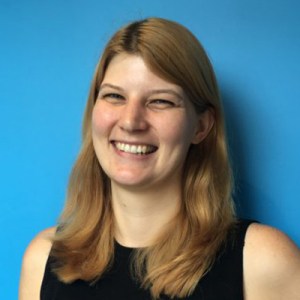 Serri is the Senior Digital Strategist on NPR’s Training team. In that role, she leads the overall direction of the team’s digital storytelling efforts, including designing curriculum — both in-person and for npr.org/training — that helps public media journalists tell distinctive stories for online audiences. She also directs and edits the team’s website, newsletter, social presences and webinars. Serri got her start at NPR as a Kroc Fellow. She has also worked as the rundown editor for All Things Considered, where she pioneered the show’s first digital strategy, revitalized and expanded its social media presence and engaged thousands of people through callouts. Serri was born and raised in Rapid City, S.D. and earned a degree in anthropology from Hamline University in St. Paul, Minn.