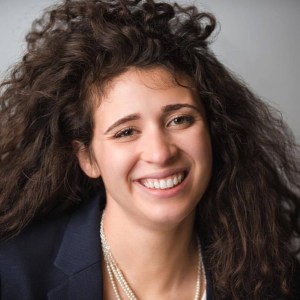 Joni Deutsch was born and raised in Charleston, West Virginia, and graduated from West Virginia University with a degree in public relations and advertising. Her radio career began at WLUR 91.5 FM in Lexington, Virginia, after which Joni joined WVPB as the creator of the weekly music program A Change of Tune and the critically-acclaimed 30 Days of #WVmusic interview series.

In 2015, Joni became assistant producer for NPR Music’s Mountain Stage. One year later, she became the program’s youngest (and first female) guest host, making her the youngest host of a nationally syndicated public radio program at the age of 24.

Joni’s work has been featured on NPR’s Morning Edition & Weekend Edition, Current, Poynter, Nieman Lab, and more. In 2016, she was named an Emerging Voice Scholar by the Alliance for Women in Media. And in 2017, she was included in the WV State Journal’s “40 under 40.”