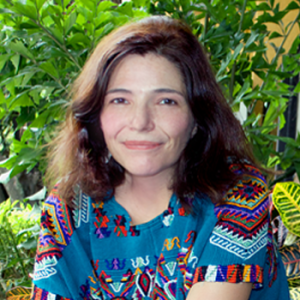 Alejandra Gutiérrez Valdizán (Guatemala, 1974) is a journalist with 20 years of experience. She has focused her career on in-depth and narrative journalism – especially in human rights, transitional justice, environment and security and violence issues. She has been working as a reporter and editor in journals and magazines. For five years, until February 2017, she was editorial director of the Guatemalan digital media Plaza Pública. Gutiérrez was a researcher of the global Mapping Digital Media Project of the Open Society Foundations. Her publications, individually or as a team, have been finalists for the Daniel Pearl Awards, the Gabriel García Márquez Award and winner of the Inter-American Press Association. She has been a university professor. Alejandra completed studies in communications in Guatemala and Spain, including receiving a master’s degree. She also earned a PhD in audiovisuals. Currently, she is working as an independent journalist and is about to launch her own project: Agencia Ocote.