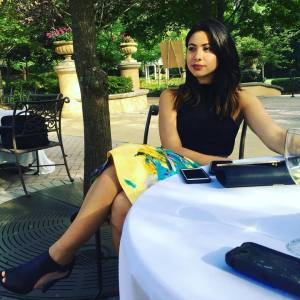 Rhonda Elnaggar is a News Video Producer at Mic Network, where she focuses on stories of race and discrimination, as well as arts and features. Before joining Mic, she produced videos for BuzzFeed News and earned a place as one of their top performing content creators. There, she produced the news organization’s second highest performing social video ever on Facebook.

As first generation Egyptian-American, Rhonda is passionate about stories from the Middle East and Muslim communities in the US. While at BuzzFeed she brought these diverse voices into the company’s coverage with a piece on Muslims across the country experiencing their first Ramadan in Trump’s America. She also has wide ranging experience including working at CBS News during the 2016 Presidential election, covering Capitol Hill for MSNBC/NBC, working with VH1’s digital team, and Anderson Cooper’s team at AC360.