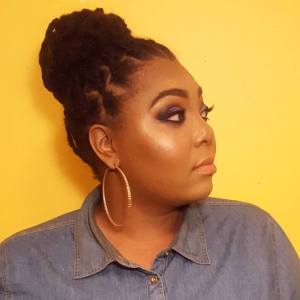 Evette Dionne is a Black Feminist culture writer, editor, and scholar. She’s the author of the forthcoming books Fat Girls Deserve Fairytales Too and Lifting As We Climb: Black Women’s Battle for the Ballot Box. Presently, she’s the Editorial and Publishing Manager at Netflix. She also writes about the intersections of race, gender, and size, for a number of publications, including Cosmopolitan, Time, the New York Times, The Guardian, Teen Vogue, SELF, The Toast, and Harper’s Bazaar. She’s also contributed to myriad anthologies, including Can We All Be Feminists?; The (Other) F-Word; and Burn It Down.

Dionne’s expertise on popular culture, politics, and feminism has been heard on the Popaganda, Every Body, Woman of Size, Mindful Strength, Food Psych, and Bri’s Books podcasts as well as the BBC’s World Have Your Say and SiriusXM’s WokeAF. She’s also delivered speeches at the University of Chicago, the University of Southern California, and Stanford University.