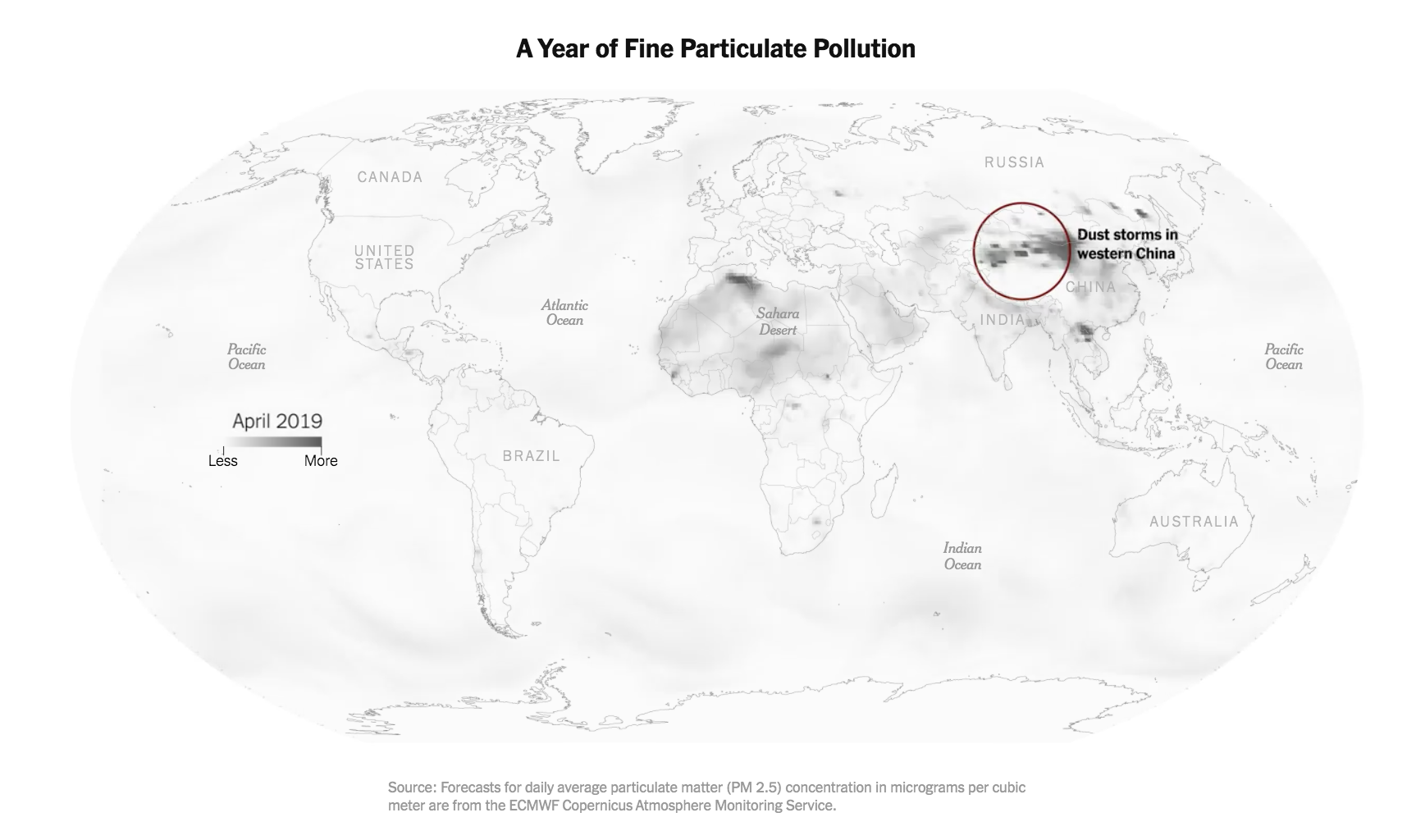 Screenshot from the The New York Times' project "See How the World’s Most Polluted Air Compares With Your City’s", an OJA finalist.

The Online Journalism Awards’ Excellence in Immersive Storytelling category has a wide collection of innovative stories competing for the “Nerd Knife,” a.k.a. the shiny glass trophy.

We asked the OJA finalists a few questions to get their insights about their powerful projects.

Ray Soto is the Director of Emerging Tech at Gannett and USATODAY, both of which are finalists in this category. Here are his answers to our questions. 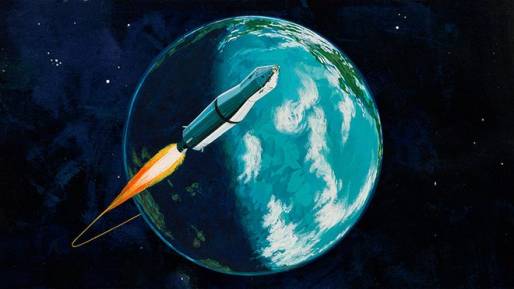 This augmented reality experience brings to life the story of the technology and mechanics behind the Apollo 11 mission to celebrate the 50th Anniversary of the historic event. Users participate in the mission by interacting with an animated breakdown of the Saturn V rocket. Learn more 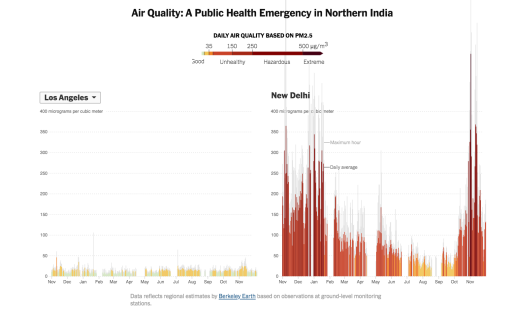 Robert Hernandez is the professor and founder of the JOVRNALISM project based at USC Annenberg. As co-program lead for Journalism 360, he’s also the writer of this post.

Who We Are: Finding Home | USC / JOVRNALISM

Partnering with a foster care non-profit, JOVRNALISM trained youth living through the system how to tell their own stories through 360/VR and augmented reality experiences.  Learn more

The winner of the award will be announced Wednesday, Oct. 14 during ONA20 Everywhere. Pour yourself a beverage, kick back and celebrate with us during the live ceremony.