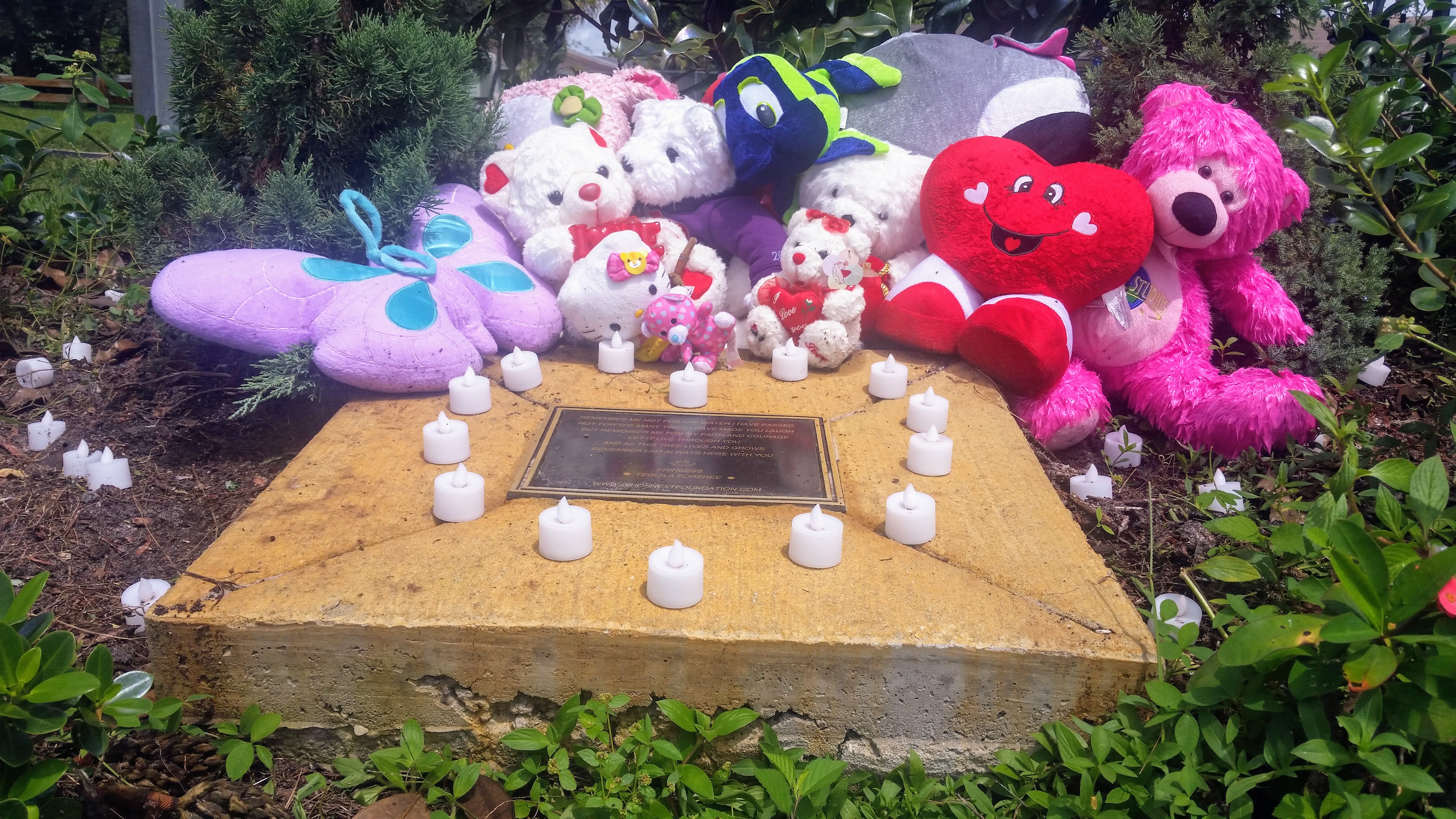 A memorial for Tequila Forshee who was killed in a shooting in Miami Gardens, FL in 2013. (Photo by Lance Dixon)

I’ll spare any readers of this post the rehashing of the lengthy rolodex of Black death that has happened in this country as a result of police violence, armed vigilantes or the failures of similar systems. But these names are obviously very much on the minds of people taking to the streets, having tough conversations with loved ones and calling for substantive changes to existing structures (both literal and figurative).

In the middle of all of this I find myself, a millennial Black man working in the news industry, trying to simply navigate my day-to-day life without feeling waves of any mix of these feelings: guilt, anger, remorse, frustration, disappointment, sadness, fear, anxiety, helplessness, strength, pride and courage.

Because the rolodex of names—which sadly continues to grow or be raised into the public consciousness—is not new. Being faced with the list of names, images, stories, videos, cries and screams doesn’t create a new wave of emotion. It’s the latest in an ocean I’ve been wading through as I approach a decade as a professional journalist.

I’ve worked and lived for most of my life in Miami and grew up in neighborhoods that often attracted negative attention for gun violence. My family members also spent much of their early years in, and were impacted by, poverty and gun violence. And I spent several years as a reporter covering so many of these instances of violence—many of them near streets I played on, near my high school, near my aunts and uncles’ houses or not far from where my grandma used to live.

All in all—and it shouldn’t impact whether these situations are any more or less tragic—I see faces that look like me trying to make the most out of their circumstances, trying to build up these places, and trying to make the most of what is often a highly inequitable, unaffordable and divided city. That story isn’t exclusive to Miami; it’s true from Minneapolis to New York to Louisville to Seattle.

And so these names and situations stick with me because they aren’t just tragedies that happen at a distance, they are added to so many other names I’ve become familiar with here in South Florida. The names I can’t shake every time I have to #SayHerName or see another beautiful image made out of the smiling face of a young person whose life was taken before they could stand trial or simply make it home.

Lavall was a 25-year-old man with mental health issues who was killed by Miami Gardens police officers. Miami Gardens is a large, mostly suburban and predominantly Black city in South Florida, which I covered for most of my four-and-a-half years as a reporter at the Miami Herald. This case riled up people locally as activists called for the release of body-camera footage, pleaded for charges to be filed and ultimately, watched as neither of the officers involved in the case were ever charged.

Tequila was a pre-teen simply getting her hair done before the start of her school year when she was shot and killed in a drive-by as people opened fire on the home she was sitting in. Nearly seven years later, no one has been arrested or charged in that case.

James was my classmate. He was also the unintended victim of a shooting and he died when I was a sophomore in high school. My graduating class ultimately paid several tributes to him but I can’t ever shake the feeling of the texts I got from friends and the sadness that swept all of my classes when we went to school that Monday.

I think of all these names, and highlight them, as a way of saying that Black reporters are walking into covering these stories with all kinds of experiences and lasting trauma that many of our non-Black, and non-BIPOC colleagues just don’t know and can’t speak to.

And that’s not a slight to reporters who have navigated conflict zones, queer people having to write about the abuses and injustices brought on members of their community, crime reporters who have talked to many families of victims just like the ones I’ve named, or myriad other examples that I know are scarring for the people who have lived through them — and kept reporting.

There’s just something different for me when I see the cries of mothers (who look like my mom) and partners and family members of victims at press conferences. Or when I see the words of exasperated community organizers as I’m editing stories about local responses to these cases. As I read the stories of so many people reckoning with their past mistakes and missteps in overlooking the experiences of Black professionals, I can’t help but see myself in my science class as a 10th grader wondering if things would change so there wouldn’t be more James Andersons.

Or sitting in the home of Tequila Forshee’s father, years after her death, as he grappled with the loss of his daughter. A daughter who lives in the same city as my younger cousin, a bright young girl who has just been fortunate not to have something like this happen. And wondering if things would change.

Or I think of sitting in Miami Gardens City Hall as protesters came in demanding justice, and then sitting in the newsroom as my colleague finished up a story noting that the officers wouldn’t be convicted of any wrongdoing. And wondering if things would change.

And some potential progress has been made in recent months. More and more folks are taking sharp new looks at systemic racism while calling into question the structure, funding and ideology behind police departments. There’s also been much greater consideration for changing the way Black reporters talk about and share their experiences, without fear of being seen as biased.

But when you see a Black person still struggling with “these times,” and wonder why they can’t just shake it, know that there’s so much more there and it didn’t start with George Floyd, or Breonna Taylor, or Elijah McCain, or Riah Milton, or Ahmaud Arbery, or Philando Castile, or Corey Jones, or Dominique Fells, or Eric Garner, or Trayvon Martin, or Sean Bell, or Rodney King, or Arthur McDuffie, or…