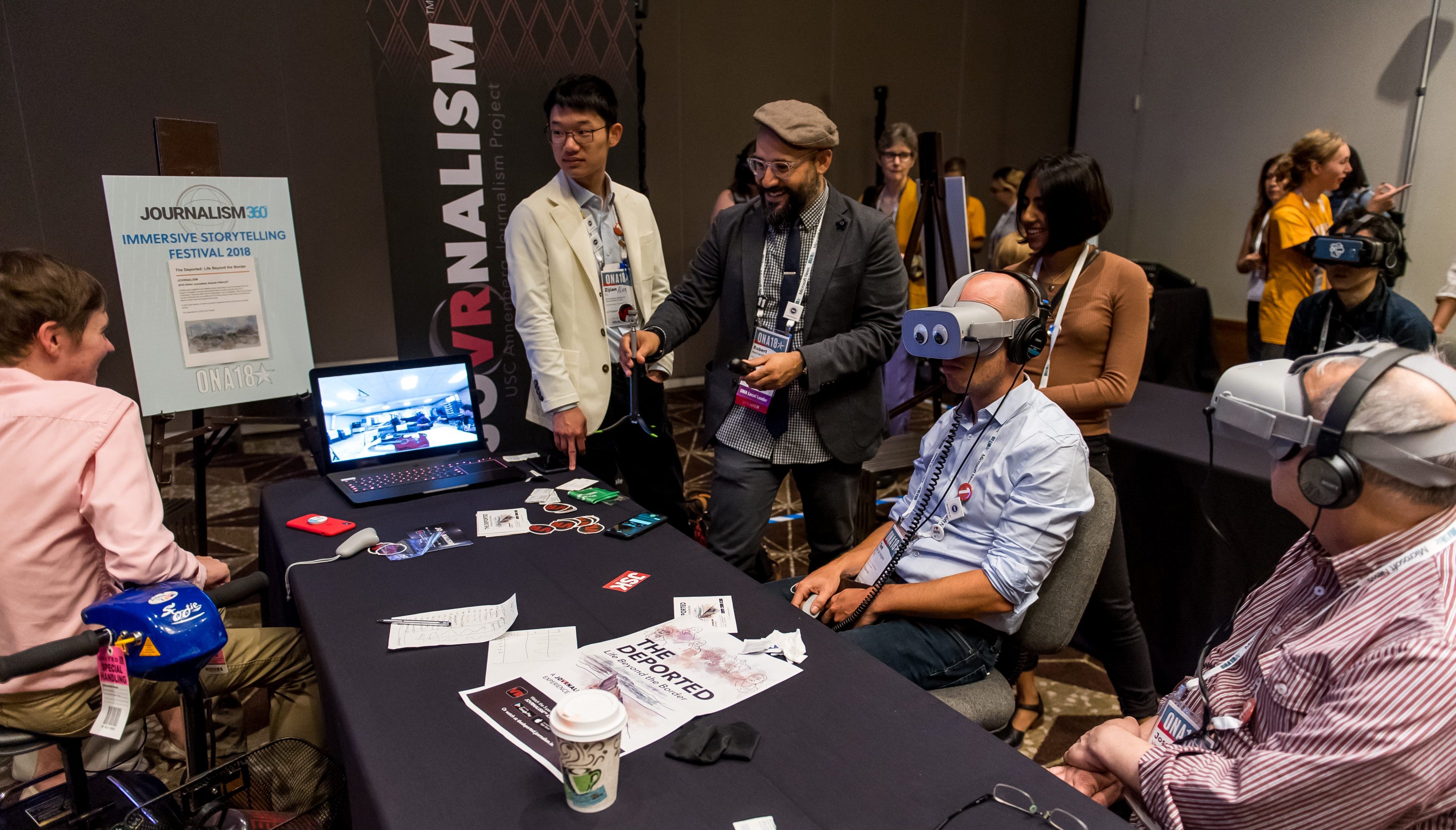 Immersive journalism is a rapidly developing field — which can be both exciting and intimidating to anyone trying to get involved. What tech do you invest in first, especially if you have limited resources? What kind of story makes sense for this approach? And what do you want your audience to walk away understanding?

We’ve pulled together some resources to help you answer these kinds of questions and ease you into thinking through, planning, picking tools and reporting for your first immersive journalism project.

Before you start reporting, think through your storyline and consider the potential impacts your story could have on the audience. To get your head in the right space, read through these pieces that describe the ethical challenges you face in this medium, and the role you take on when you’re telling an immersive story.

Don’t compromise your ethics when telling stories in VR

As in all journalistic work, ethics ultimately guide the decisions we make. In this piece, Contrast VR’s Zahra Rasool explains how she applies Al Jazeera’s code of ethics to her work, reminding us that it’s important to think through why the story is being told — and that it isn’t always responsible to document a location just because you can.

Virtual reality: The shift from storytelling to “storyliving” is real

Immersive storytelling is unlike any medium creators or consumers have previously encountered. To gain a better grasp on how this is affecting journalism, Google News Lab hired an anthropologist to study immersive journalism creators and early-adopter consumers. Journalism 360 Ambassador Robert Hernandez reflected on the takeaways, including the idea that viewers are experiencing the piece rather than consuming it — and that journalists similarly in this medium are active storytellers, no longer passive witnesses to events.

Now that you’ve got your head in the game, it’s time to make a plan. Sort out who’s on your team, what their roles will be and what the workflow will look like in advance so that you can avoid time-sucking damage control later.

How to kick off any big project: Ask lots of questions
When The Washington Post was gearing up for its Journalism 360 Challenge project, the team got together to discuss their ideas and hopes for the project. Project lead Emily Yount — now at The Texas Tribune — shared the checklist of questions that guided their discussion. It is incredibly thorough — take a look and think about how you can adapt it for your own project.

Now that you’ve got a clear idea of the project you want to pursue, the next step is selecting your technology — navigating considerations for what tools will serve your project best and factors such as budget and resource constraints.

There are many tools to choose from in the world of 360 reporting, but you can start filming without investing thousands of dollars. This tipsheet from Robert Hernandez provides an overview of cameras and apps, as well as their price points, so you can select the right tech for your project.

Shoot and publish: 360 journalism on a small market budget

If you’re curious for more thoughts from beginners, explore this case study from 2018 Journalism 360 Challenge winner Kyle Hopkins. He explains what worked and what didn’t for his team as they tested immersive storytelling in harder-to-reach areas of the state.

These step-by-step guides will help you understand what to do with your tech to capture the story you want to tell.

Intro to shooting in 360

This guide from Journalism 360 Challenge winner Bob Sacha, CUNY immersive media coach Matt MacVey and multimedia journalist Guglielmo Mattioli covers everything from how to position your camera to what your workflow should look like.

This is how Euronews trains journalists in 360

Ole Krogsgaard offers a behind-the-scenes look at Euronews’ team to help you establish basic processes for collecting video and audio in 360, as well as shares advice on how to prioritize what’s necessary vs. “nice to have.”

Get involved in the Journalism 360 community

As you are working on your first piece of immersive journalism, connect with other creators in the Journalism 360 community who are learning by doing. Ask questions to both fellow beginners and those with more experience, hear about new tools and techniques and get feedback on your work.