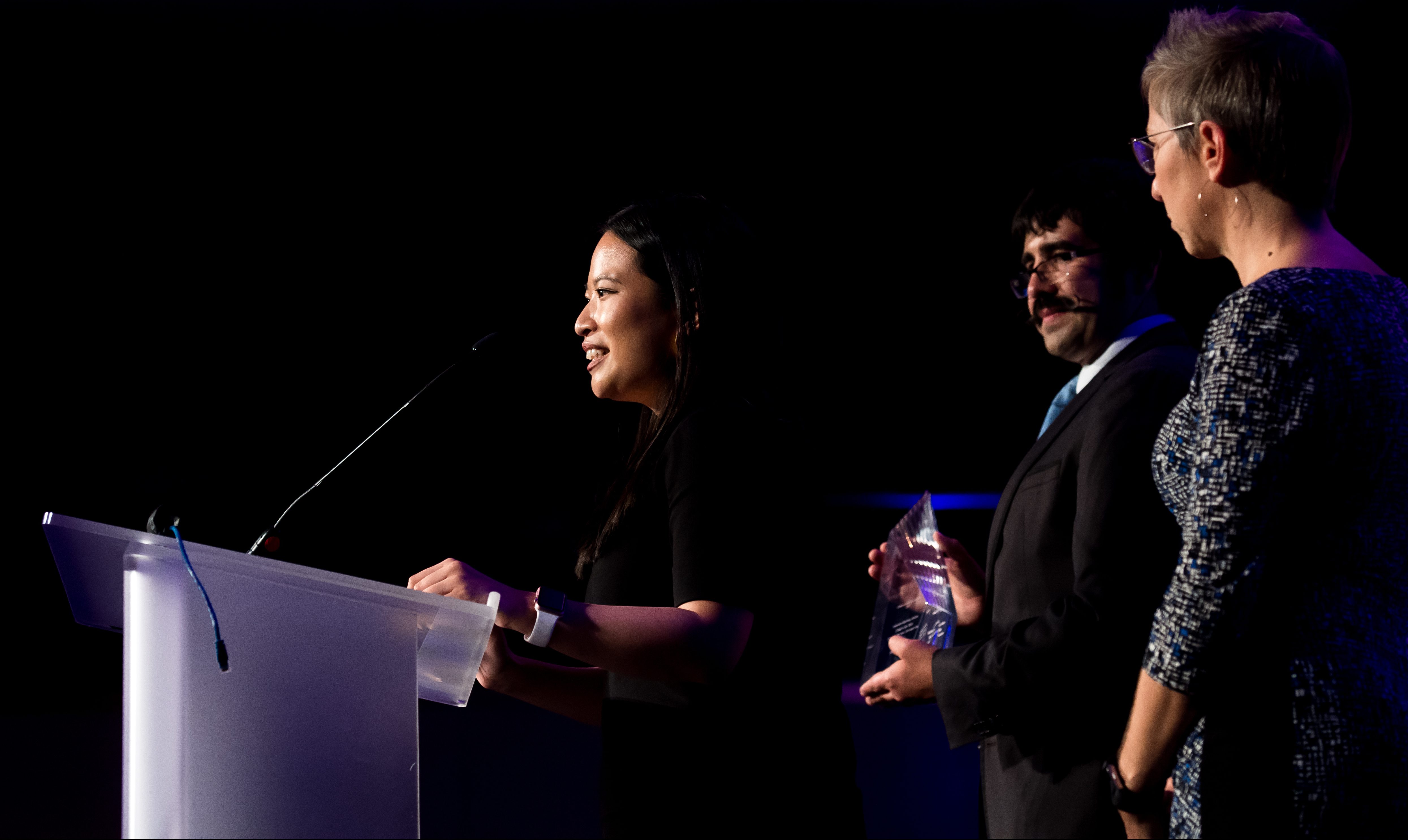 WASHINGTON — The Online News Association today opened the call for entries for the 2018 Online Journalism Awards (OJAs), honoring the best in digital journalism. The awards feature 37 categories and more than $50,000 in prize money, thanks to the John S. and James L. Knight Foundation, Gannett Foundation, the University of Florida College of Journalism and Communications, Journalism 360 and Democracy Fund.

Each year the awards program evolves to reflect changes in industry. New to the 2018 OJAs are:

The awards for Excellence in Audio Digital Storytelling and Excellence in Immersive Storytelling return for a second year as the techniques and platforms in both mediums continue to grow. Last year’s finalists included FRONTLINE, STAT, NPR and Fusion Media Group.

The OJAs recognize outstanding achievement by major media, independent outlets and individuals around the world who are driving innovation in digital journalism. In 2017, the awards received more than 1,100 entries from 32 countries.

Leading journalists and digital media professionals will screen all entries to select semi-finalists. Then a diverse panel of judges will convene to determine finalists and winners that will be announced at the 2018 Online News Association Conference and Awards Ceremony, Sept. 13-15, in Austin, Texas.

Entries can be submitted at awards.journalists.org. Applicants are encouraged to review the full Rules and Eligibility before starting their submission.