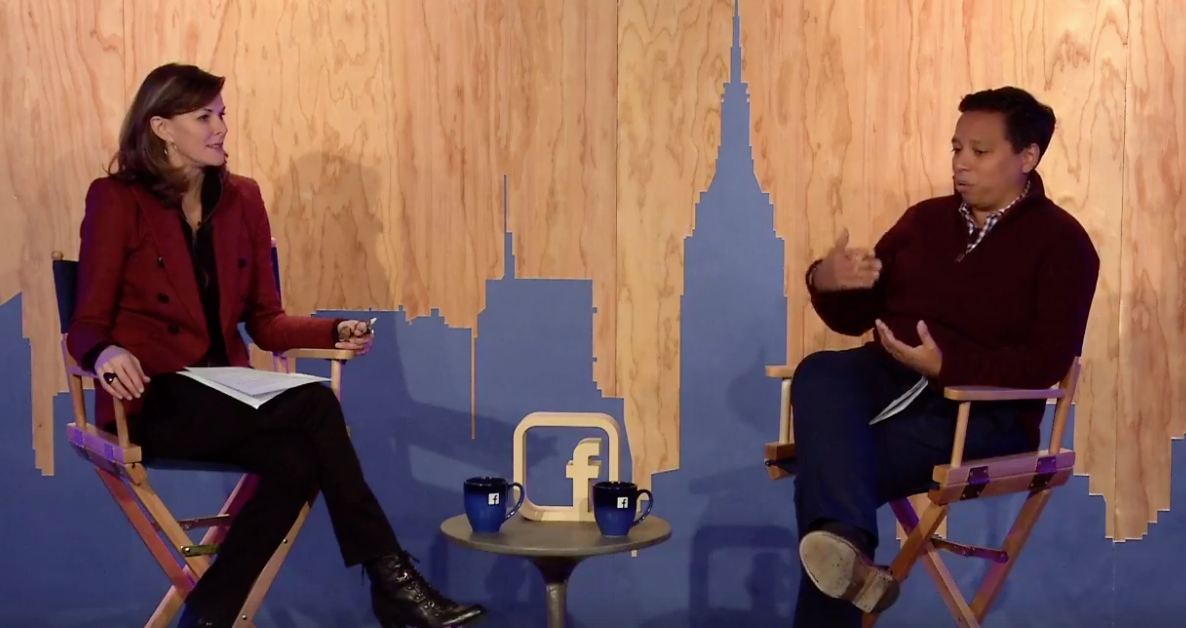 Campbell Brown, Facebook's head of news partnerships, has a conversation with Lydia Polgreen, Editor-in-Chief of HuffPost. (Screenshot from Facebook Live)

Lydia Polgreen has had a busy year.

Since becoming HuffPost’s editor in chief in December 2016, Polgreen has overseen a site redesign, a new name and a revamped editorial mission. She’s gone on a tour bus across America, and she somehow had time to take over HuffPost’s Facebook Messenger bot.

So ONA NYC was thrilled when Polgreen agreed to be our guest for our November event, co-hosted by Facebook. She sat down with with Campbell Brown, Facebook’s head of news partnerships, to discuss her vision for HuffPost, the current media environment and more.

You can watch the full discussion below, but we also collected some takeaways:

What really matters to Americans

Much of the evening was devoted to Polgreen discussing HuffPost’s Listen to America tour. The cross-country bus trip stopped at more than 20 American cities this past fall.

“We didn’t know what to expect,” Polgreen said. HuffPost staff hoped they would meet 500 people. They ended up speaking with over 1,700 people.

People talked about inner-city violence, local politics and the opioid epidemic. One thing that rarely came up: politics.

“No one wanted to talk about Donald Trump,” Polgreen said.

How will HuffPost bring what it learned back into the newsroom? Ultimately, Polgreen said, she wants reporters and editors to use the trip to inform the newsroom’s coverage of upcoming events, like the 2018 midterm elections.

On the sexual harassment scandals

Polgreen called the current string of sexual harassment and assault allegations against prominent men a “really big wake up call for all of us…This is a moment where people are feeling empowered to speak out in a way that wasn’t possible a year ago,” she said.

The level of accountability we’re seeing is bound to make an impact, said Polgreen, and she encouraged people who had been sexually harassed or assaulted to not be ashamed.

“Shame is the most powerful tool of the patriarchy,” Polgreen said.

How does a news outlet stand out in today’s environment?

Having a strong identity, or brand, is essential to how news organizations can connect with readers, according to Polgreen. Or, as she put it: “In media, brand is everything.”

For HuffPost, that meant updating its brand once its founder and namesake, Arianna Huffington, moved on.

“It was very clear to me that it wasn’t going to be ‘The Polgreen Post.’ It wasn’t about me,” Polgreen said. “It was about finding the essential thing… that drew people to [HuffPost] in the first place.”

That “essential thing” turned out to be HuffPost’s “deep emotional bond with its readers,” Polgreen said.

In New York and want to participate in ONA NYC? Join our Facebook group or Meetup page.