Meet ONA Local is a series introducing the volunteers who lead our ONA Local communities. ONA Local is at the heart of what we do, bringing networking and training to cities and college campuses around the world. Leaders have their fingers on the pulse of their journalism communities, convening important conversations and networking opportunities. 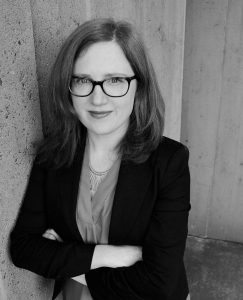 I never get tired of the experience of walking in someone else’s shoes. I am part of the third generation of my family to live in Alaska, and I have spent most of my career here. One of the more amazing things about doing journalism in this state for many years is that this place still surprises me all the time. I love to be surprised. I love to have my mind changed.

I was able to travel to Gambell, an island village in a very remote part of rural Alaska, to tell the story of a 16-year-old Yupik boy who made the first strike in a whale hunt and helped bring the animal home to his village, something that he was celebrated for. He later became the target of harassment online from environmentalists who misunderstood his culture. A photographer and I did the story for High Country News and it was featured on Longreads. One of the cooler things about the experience was that my local newspaper ran the story and that is when it really went viral on social media. Alaskans related to it. I like making work that speaks to people here best of all.

I really like to cook and bake. I write a lot of recipes and post them on a little food blog. And my kids. Kids are a passion project, right? I have two boys, ages six and three. Oh, and the chickens. I keep five of them. I think they are running loose somewhere along the alley behind my house as I type.

Tell us what’s amazing about the digital journalism community in Alaska.

Alaska is so huge and much of the state isn’t connected to a road system, but Alaskans themselves are SO connected online (Facebook is HUGE in the villages) and have been enthusiastic about social media from the start. I was lucky to have been part of a cohort of young journalists working in forward-thinking, tech-friendly newsrooms just as Twitter and Facebook caught on (Ahhh, back in the day, when I was carrying around a Blackberry as big as my head). I was able to experiment constantly, get to know online audiences as they grew and develop strategies for presentation and packaging stories for social media as journalism moved fully into the digital age. That group of people has gone on to do lots of interesting things, all focused on innovating online. Those creative relationships have become really important to me.

I had a learning disability and didn’t learn to read until I was nine. What really helped me to read was a desire to write. About then, I started carrying around a notebook all the time, writing down notes. In junior high school I worked on the newspaper, which we put together with scissors and glue sticks. When I was 16, I became an intern at a paper that no longer exists called the Anchorage Daily News. It’s an old school way to learn journalism, but I was really sort of raised by the adults there. They took me to courtrooms and political press conferences and crime scenes, they rewrote my ledes 100 times until I got the hang of it, they sent me out to knock on doors and talk to families after tragedies, they were tough on me when I made mistakes. That totally mutated my brain while it was still developing. I worked there, on and off, for 20 years. I still don’t know how to make sense of the world without taking pictures with my phone and writing about it.

I am such a huge fan of Pod Save America. I’m an obsessive news follower on Twitter and since the election it has just been so dark. Now a couple times a week, I put down the Twitter, clean up my house and listen to PSA. It gives me tons of context and perspective and makes me feel better. It’s so hard to feel better about the state of the world right now, you know?

I would work on testing advertising models that can help better support news organizations. I would work on building hyper-accessible, innovative, social-media ready ad systems that serve advertisers by delivering their messages to specific audiences and make money for journalism orgs. I would try to reimagine work structures and workflows to make newsrooms more friendly to people (women especially) with children.