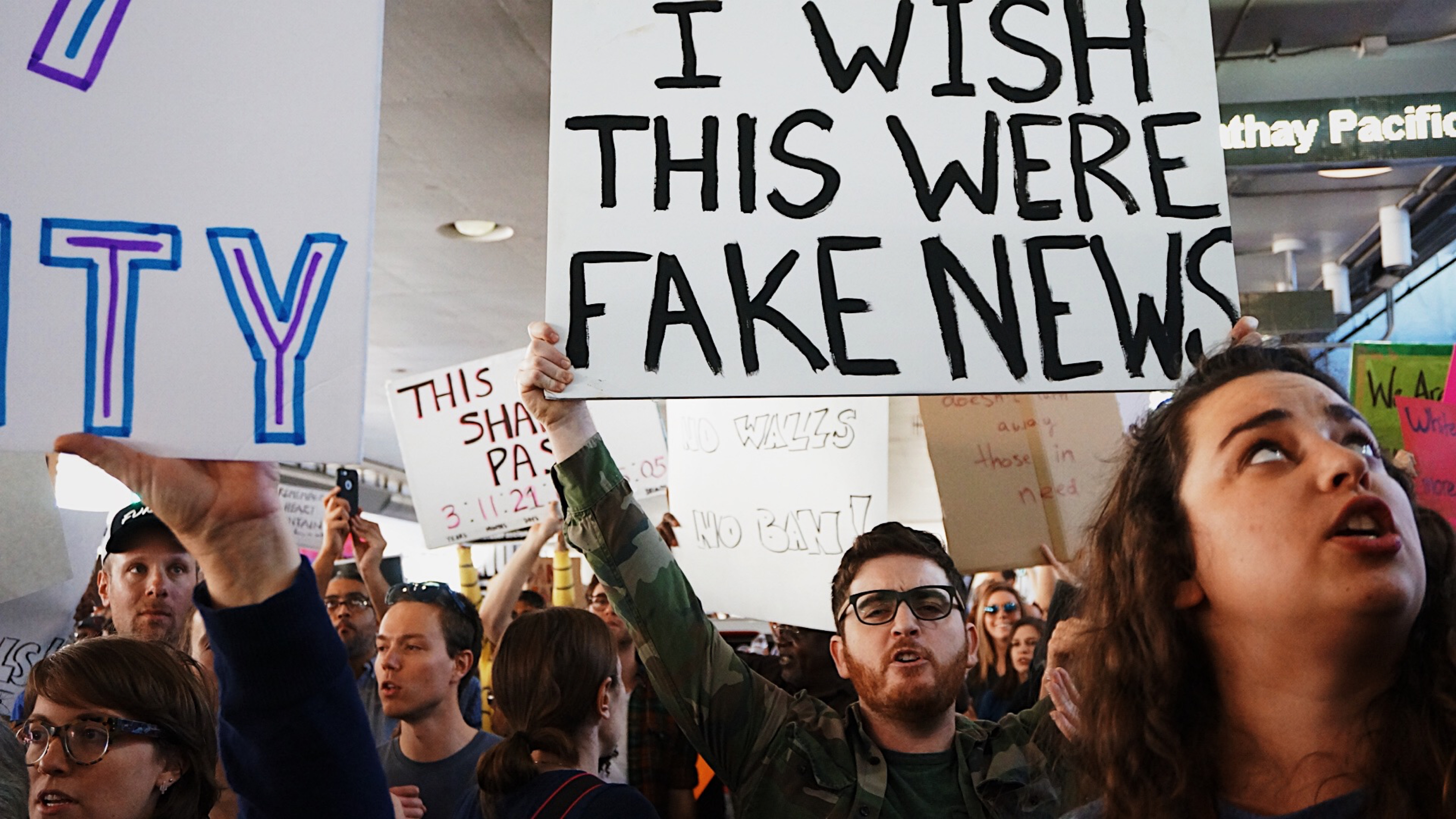 Photo by Kayla Velasquez on Unsplash

This is one in a series of blog posts from the MJ Bear Fellows, three journalists under 30 selected each year who are expanding the boundaries of digital news. Applications for the 2017 MJ Bear Fellowship are now open – you can learn more here.

In 2015, I released an episode of Flash Forward (at the time, it was called Meanwhile in the Future) about a future in which humans genetically engineer ourselves to have a lesser impact on the climate. The episode was based on a philosophy paper that posited such engineering. The paper proposed things like making humans smaller, giving them night vision and making humans allergic to meat to cut down on consumption.

The episode roundly critiqued and debunked these proposals. Giving people potentially life-threatening allergies intentionally is not ethical. It would be extraordinarily difficult to breed humans with night vision. There is a real danger in engineering babies to have a lower birth rate. The episode even discussed how this proposal veers into the territory of eugenics.

At the time, I thought this was pretty funny. Then the 2016 election happened. Then pizzagate happened. Then NASA had to come out with a statement that there was not a child slavery ring on Mars. There are entire beat reporters now devoted to covering and debunking fake news. And I started to worry.

Flash Forward mixes fiction and journalism. But how do I do that without inadvertently contributing to the barrage of fake news out there?

I firmly believe that there is a place for fiction in journalism. Fiction can help us think through possibilities, it can help us dig into why we believe things, and how we might react to events. It can help prepare us, and open us up to perspectives we hadn’t ever considered. There are amazing science fiction writers who have talked about the possibilities for fiction to do all of these things. I recommend adrienne marie brown, Junot Diaz and Walidah Imarisha who can make those arguments far more persuasively than I can. And there are people mixing journalism and fiction to great effect too. This Fusion piece on how hard it is to get an abortion if you’re in South Dakota is incredible. And Nonny de la Peña uses virtual reality to put people in situations based on real life

So how do we preserve the power of fiction in journalism, without adding to the proliferation of fake news?

There’s a thing that happens on Twitter that makes me more angry than it should. It’s when someone shares a fake image, and then refuses to take that image down because the image “has a nice sentiment.” You see this in things like this fake London Tube sign after the March terror attack.

The sign is fake. But when they were called out on sharing something fake, several people replied with some variation of “oh well, the sentiment is still nice!”

This is the worst way to mix fiction and journalism. You cannot simply shrug and say “well sure, it’s fake, but I like the sentiment anyway so I’ll continue to present it as if it is true.” Or, I should say, you can do that. But you then lose your right to complain about fake news. Because when someone else with different sentiments thinks something fake is “nice,” you won’t feel so fuzzy about it will you?

So what do we do? I make a podcast that blends fact and fiction. I don’t want anybody to think that the fictional scenarios in my episodes are real (No, space pirates aren’t dragging a second moon to earth. No, we don’t actually have artificial wombs no matter how many headlines you read about them. No, California isn’t seceding from the United States.) But I also want to be able to use fiction to push people to think about science, culture, technology, politics, gender norms, and everything else we encounter day to day.

I firmly believe that there is a place for fiction in journalism. Fiction can help us think through possibilities, it can help us dig into why we believe things, and how we might react to events.

I don’t have all the answers here (and I’d love to know what people think – tweet at me!) but when it comes to Flash Forward, my rule has been to beat the dead horse. At the risk of annoying some listeners, I point out very clearly every time I switch into fiction, and then back into fact. The top of my show always includes a very clear explanation of what is about to happen (a bit of fiction, then a lot of facts). I’ve had long-time listeners complain about this. “We know!” they write me, “We know that the top is fake! You don’t have to say it every time!” But new listeners might not, and the last thing I want is to make them think that these fictional scenarios are real.

As journalists I think it’s our job to do what we can to be as clear as we can about what is fact and what is fiction. Artists and entertainers don’t have that same duty. But I think it’s worth the risk of slowing down a narrative, or being a bit too obvious, to make sure that everybody knows exactly when something is fiction, and when it is not.

Will this stop Rush Limbaugh from reading a headline about my podcast and thinking that it’s real? Probably not. But at the very least, I can be confident that those who listen to the first minute of the show will understand what is going on, and where the line between reality and fiction lies.