Cassiano Gobbet is is a journalist who writes about media and digital and leads ONA Brazil. Connect with ONA Brazil on Facebook. 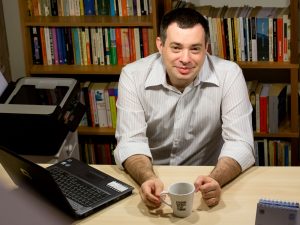 I love to jump into great challenges, and despite the ongoing earthquake that journalism is going through, I feel the possibilities are no smaller than the threats. Journalism is not supposed to be boring, and we are definitely not at a dull moment. Conceiving and trying new solutions is what I like to do most — even if under constraints. It’s a major responsibility, but it is not frightening — it’s quite the opposite.

My daughters are the most rewarding and challenging project ever. :-)

Jokes aside, I love cycling, and this year I intend to go on rides longer than 50km for the first time. And I have many projects that are journalism-related.

Tell us what’s amazing about the digital journalism community in Brazil.

Journalism in Brazil has a very different environment than in the U.S. Here, media was always closer to the government, so we have less of a true independent media than other markets. That said, now that the current establishment is deteriorating due to economic reasons, there is a lot up for grabs. The next few years will be crucial, because with some investment, a new environment can emerge and bring a more diverse media than the current one. But there is a risk: without investment or innovation, the current scenario could easily collapse, and this would be a disaster to society as a whole.

It was a relative who told me: “You clearly have a journalist profile.” It hadn’t passed through my mind, but it simply sounded right. First I wanted to become a historian, but opted for journalism. Both are about history itself, but journalism is a “live” thing. It’s history in the making.

If I had to choose a new career today, I would go into computer science. The possibilities are so gigantic that probably it would allow me to dive into different worlds.

Name a person (historical figure or living) you’d love to have at an ONA Brazil meetup.

I am a longtime admirer of war correspondents. Fergal Keane, Robert Fisk and John Pilger stories seem to have no agenda behind them other than the truth. Other than these journalists, I’d really like to hear Noam Chomsky. Although I may not agree with all the solutions he proposes or the positions he takes, he seldom misses the point when describing the problems.

I am an avid Economist reader, so I make time to listen the digital edition. Recently I read Albert-Laszlo Barabasi’s “Linked: The New Science of Networks” and Nick Davies’ “Flat Earth News.” 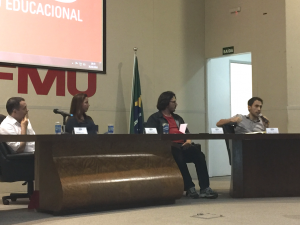 Credibility. Journalism is trying to make its old business model fit into an environment where the attention-grabbing-and-selling model no longer works. The challenge now is to dive into the immense amount of data available and create ways to bring it into scrutiny, providing ways to ensure audiences receive true, precise information. We should not try to fight fake news creators because the task is impossible. This is the major challenge of the re-shuffle journalism is going through. If we don’t set new goalposts, where people can agree or disagree over points of view but keep the facts “sacred,” we might run into one of those dramatic moments in history where institutions fail and consequences are big.

“Nulla dies sine linea” (“Not a day without a line”). Émile Zola had this quote over the wall in the office where he used to write. It’s pretty much the background of a journalist’s life.