ONA Local’s Slack community recently hosted a virtual chat about bots for news, led by UT Austin’s Kelsey Whipple and Micah Peoples and Tegna’s Ian Hill. Hill shared key takeaways from the discussion. To join ONA Local on Slack and participate in future chats like this one, request an invitation.

If a bot is launched by a news organization and it doesn’t generate engagement, does it really exist?

The answer, of course, is yes. It exists because someone at that news organization spent significant energy and time — possibly months — coding, cutting-and-pasting feeds and making commits to servers to prepare for the day their bot could be unveiled.

And when that bot is greeted with silence, it still generates a sound: The frustrated wail of the digital journalist who worked so hard to bring it to life.

Don’t be that digital journalist. Take a moment to ask yourself these four questions when you’re planning to create a bot.

1. What problem will your bot solve?

It’s tempting to build a bot as an experiment, but your hard work won’t pay off if users feel your bot isn’t worth their time. Provide a valuable experience by designing your bot to solve a problem.

“For journalism, bots can pull from the data we already gather, they can interact with the audience, they can make smart decisions about when to recommend content to the audiences, and they can learn from the audiences as they’re doing so to help the humans behind them get to know their readers better,” said Kelsey Whipple, a Ph.D. candidate at the University of Texas, Austin School of Journalism and the school’s first Dallas Morning News Graduate Fellowship for Journalism Innovation.

“I think two of the coolest advantages of a bot are the facts that they’re conversational and they can learn right along with you,” Whipple wrote during a recent ONA Slack chat on bots and journalism. “Stories aren’t always conversational, and a lot of us are too afraid (for good reason) to delve into the comments/social media threads where those conversations are really happening… So bots are a good way to think about that interaction moving forward.”

2. How will the bot interact with users?

You’ve identified a problem for your bot, now decide how it will provide users with a solution. Will your bot have a conversation with your users? Provide them with a video or photo? Send them to a website for more information?

Determining what your bot will do before you start production can help you focus your efforts on providing an engaging experience for users. It also can ensure you don’t waste time building functions the user finds pointless.

And be sure to think past the initial interaction between your bot and a user.

“Some of the bots I’ve used, I’ll opt in, for example, for push alerts on a breaking news events, but I don’t want to opt in for the ‘things to do’ alerts. But it also doesn’t give me an option to later opt in,” wrote Laura Trabka, lead producer for the Lansing State Journal in Michigan, during the ONA Slack chat. “I think making sure your users can figure that out [is important to ensuring] they are enjoying their experience.”

3. How often do you want to interact with your audience?

A smartphone lock screen is small, precious and in-demand: The Washington Post recently reported that USA Today sent 263 push alerts between April 18 and May 18. If you want your bot to be competitive in that space, you’ll need to ensure that it’s not annoying users by sending an overwhelming number of notifications.

“The interactions I have enjoyed the most with the journalism bots I’ve tried out are always a balance of notifications (maybe two per week max) and me reaching out to the bot on my own when I need something from it,” Whipple wrote. “You don’t want the bot to be the aggressor, but you also want people to remember it exists.”

And while finding that line can be tricky, you may already have information that can help you set a frequency your users will appreciate.

“This is a great way to apply all the audience data you already have from your mobile/desktop experiences, some of which will translate really easily,” Whipple wrote. “For example, for our events bot, people in our audience make most of their audience decisions on Mondays and Fridays, no matter what platform they use, so we decided to start with notifications on those two days and then ask. Learn about the readers’ preferences from there.”

4. How will your audience find out about your bot?

Like any other new feature or product launched by your news organization, your bot needs a marketing plan designed to build excitement and encourage users to check it out.

“You have to be really creative,” Whipple wrote. “I think the absolute basic steps are to use your website’s real estate — house ads online, banner ads on newsletters, text buttons below articles on the same topic, etc — and your marketing and social media channels — contests, GIFs of the bot interacting, maybe separate channels just for the bot, etc.”

Also consider writing stories about your bot and producing explainer videos that you share on social media to help spread the word.

“A walkthrough video is good, so is an explainer-type story,” wrote Andrew Nguyen, newsroom developer at the St. Louis Post-Dispatch. “Facebook ads are another option; linking up your bot to a page that already has a big audience is helpful too.”

“In-person promotion helps, too,” Whipple added. “For example, we just worked on a bot that promotes events coverage, so going out with iPads pre-loaded with our FB Messenger bot and showing people in-person how to use it will be a big help.”

Bots worth checking out

Poncho is a basic chatbot that provides weather forecasts. “It does a great job learning about your expectations from the beginning,” Whipple wrote. Poncho also inspired this tutorial from Chatbots magazine for creating a Facebook Messenger Bot.

The St. Louis Post Dispatch built a bot that helps users find the perfect dining location from its list of the top 100 restaurants in St. Louis.

The Washington Post’s Feels bot showed how users’ emotions changed in the final days before the 2016 presidential election.

The Boston Globe was among the first major news organizations to use Facebook Messenger to send push alerts. In this Digiday post the Globe explains why its using Messenger for notifications. 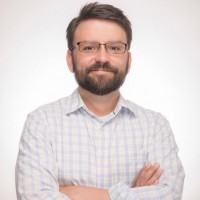