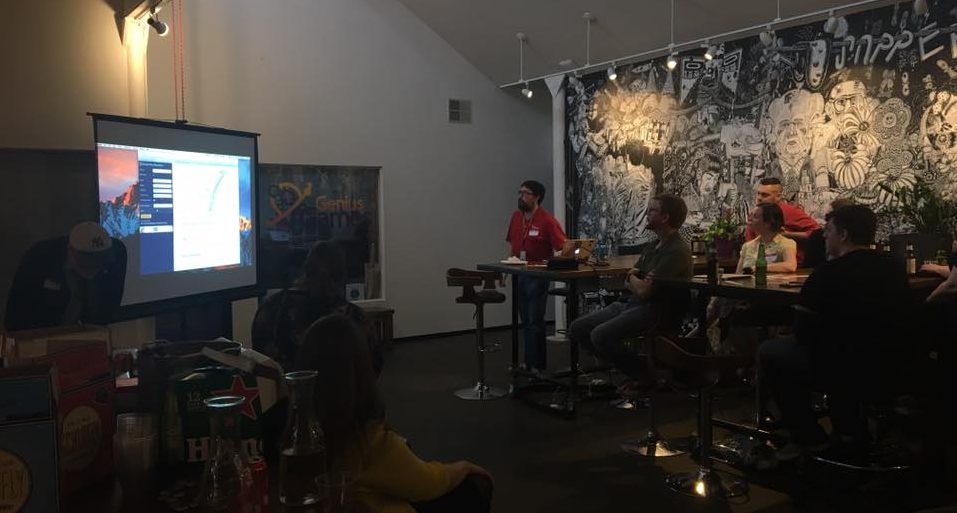 One of the greatest abilities a journalist has is to explain the lived environment: the context of the place a community makes its home. That was the impetus behind ONA St. Louis’ most recent meetup, which focused on how journalists could incorporate more specialized maps into their reporting and engage the community around place-based concepts.

Think about the importance mapping had in stories like Failure Factories from the Tampa Bay Times, Missing Home from The Lens in New Orleans or One Year in Ferguson from St. Louis Public Radio. 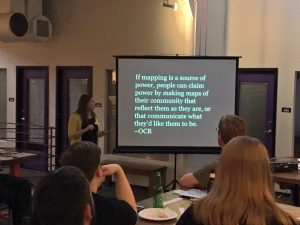 Members of ONA St. Louis gathered for a meetup on maps and mapping. (Photo by Kelly Moffitt)

Often the skills it takes to create such immersive maps in a local newsroom falls on the shoulder of one person in particular. Our goal with this meetup was to spread the knowledge around to strengthen the skills of our local journalism community in St. Louis.

We did this in three parts: lightning talks, an inspiration session and a practical tools tutorial, including folks outside the journalism world, from GIS-centered careers and MaptimeSTL, a local meetup that works on a community-focused mapping project every year.

Here are some takeaways:

Jennifer Reiman of the East-West Gateway Council of Governments and Michael Baer of the St. Louis County GIS Service Center discussed mapping resources of city governments and where to download base layers for maps. For St. Louis County, check out commonly requested maps and this open data website, which includes data and maps to download. You can find regional maps combining County, City and Metro East data through the East-West Gateway Council of Government’s website.

Katie Carpenter from the Center of Creative Arts joined the event to share an innovative pop-up mapping project in St. Louis that recently shuttered: the St. Louis Map Room, which was spearheaded in partnership between COCA and noted data artist Jer Thorpe, who works to make abstract data “more human.”

During the process, historical data sets and maps could be projected on the maps to give people a sense of demographic change over time, crime statistics, tree numbers and other mapable data.

The pop-up mapping engagement lasted for about a month, but Thorpe plans to produce this kind of work elsewhere in the U.S. Carpenter said the maps created in St. Louis are being saved for later, potentially a display in City Hall, and they were also photographed for a digital archive. May 9 was subsequently declared “St. Louis Map Day” by former Mayor Francis Slay.

What Carpenter learned about coordinating such a large-scale community engagement event that can be applied to journalism:

Brent Jones is the data visualization specialist at St. Louis Public Radio and produces maps like this and this. He’s also part of the team that won a 2016 Online Journalism Award for “One Year in Ferguson,” which included mapping components.

Jones gave an introductory presentation on how to utilize mapping tools in digital journalism for the programming-inclined and those who have a bit more work to do in that arena, like me. Check out the slides from his presentation: How maps can help your readers get oriented or hopelessly lost.

Three takeaways from his presentation: 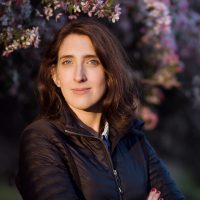 Kelly Moffitt is a producer at St. Louis Public Radio and co-organizer of ONA St. Louis. Born in St. Louis, she returned to the area after a period away in Los Angeles, Moscow and Columbia, wanting to know more about the city she grew up in and serve the community with local journalism. She holds three degrees from the University of Missouri, finally graduating with honors in 2013 with an MA in Journalism, writing a thesis on community engagement efforts in the news. In her spare time, she edits a literary magazine and hikes as many trails as she can find. You can find her on Twitter and Instagram at @kmariemoffitt.