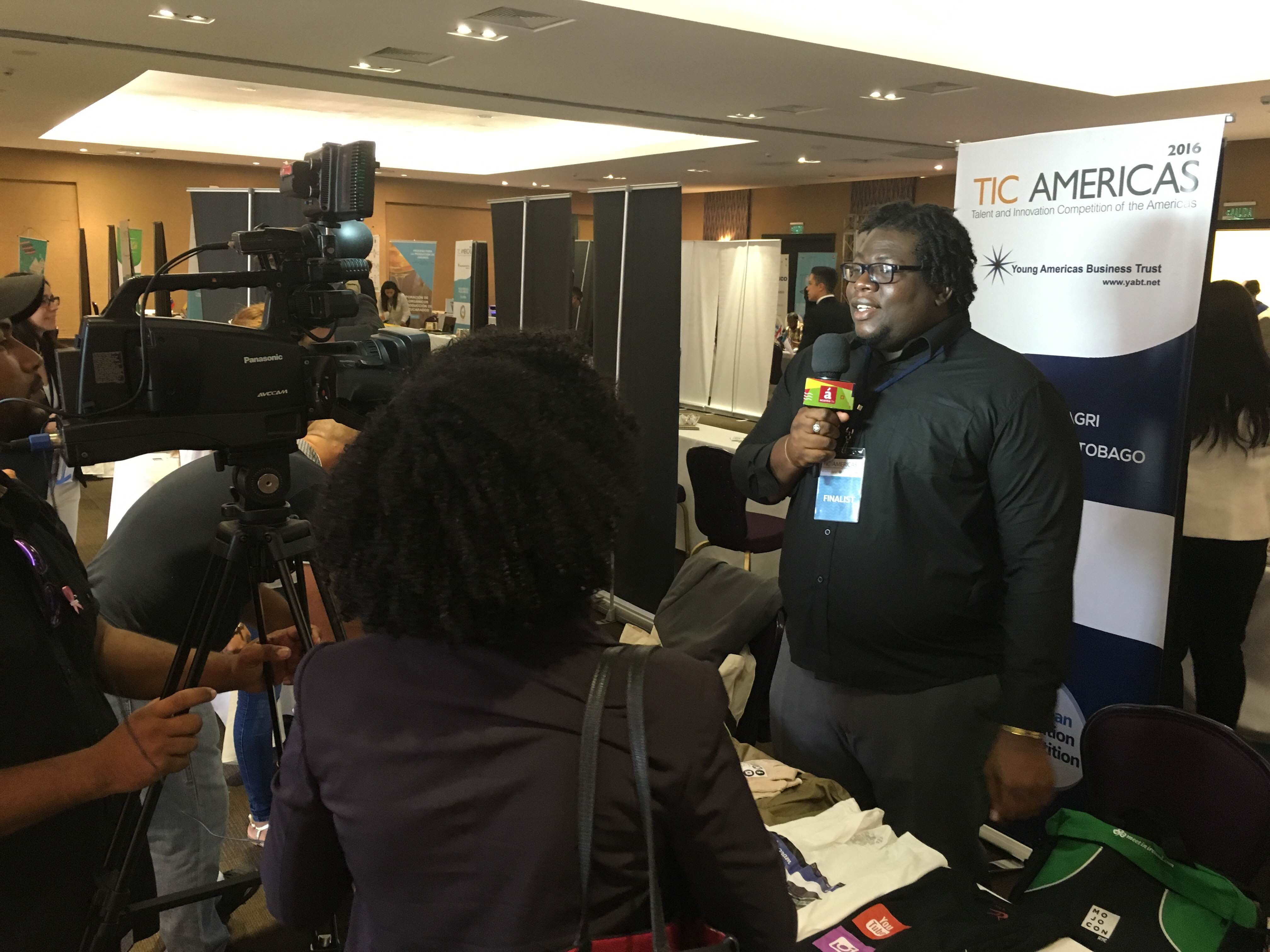 This is one in a series of blog posts from the MJ Bear Fellows, three journalists under 30 selected each year who are expanding the boundaries of digital news. Applications for the 2016 MJ Bear Fellowship are now open – you can learn more here.

Entrepreneurial journalism has been identified as an emerging sector of the media industry in the Caribbean over the past 10 years. There are even degrees offered in this field. So I wondered: Would learning more about entrepreneurship really help in terms of building a business? Especially with a very specific niche such as agriculture — in Trinidad, no less.

In 2014, I began planning Tech4agri: The Webseries, aimed at encouraging young people in the Caribbean to get into the agricultural field, with market research and a business plan. Come March 2015, after some out-of-pocket expenses, weeks of planning and several negative responses from various business competitions, I got together a volunteer team of four Trinidadians and we started filming the series.

By September, I had created a pitch presentation, which I took to potential sponsors who I hoped would be our main revenue drivers for the first year. They were all interested, they all loved the idea, but not one was willing to part with their money. The only positive was that our other revenue earners – video production and mobile storytelling – actually came into play earlier than expected, garnering my team and me a few freelance jobs.

We continued the series with the aim of finishing our first season. Fortunately, we got the interest of three more volunteers from St. Lucia, Dominica and Guyana, respectively, who could help us garner content from other Caribbean countries. At this very moment, we also have the interest of television stations, two of which air across the Caribbean.

This past June, we earned a spot as a finalist in the Caribbean Innovation Challenge, held in the Dominican Republic. We were sure tech4agri would be the only media-based start up there. We were wrong about that, but, as it turned out, very few journalistic entrepreneurs were represented. Although we did not win that business competition, our niche, use of #mojo and overall pitch went over well with the judges.

Series rebroadcast is now our main revenue earner, and we’re hoping this will in turn gain the attention and commitment of other sponsors. We already have Young Professionals for Agriculture Research and Development (YPARD) on board as a network supporter to help distribute the series via social media. A whole host of other revenue earners — merchandising, event coverage, social media consultancy and journalistic services — help us to ensure sustainability.

Eventually, we also intend to bring on drone journalism, albeit in a different way than what has been usually presented.

With limited resources, our business is moving forward. We’ve added new team members and continue to battle issues such as scheduling with stakeholders and time management.

We’ve realized, ultimately, that what we do is entrepreneurship. But it’s a long road to success. And we are somewhere in the middle.