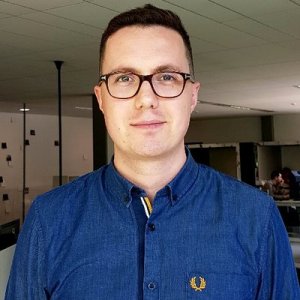 Thomas Seymat is a digital journalist, educator and innovator with years of experiences implementing new storytelling tools for online news coverage. He currently works as a digital journalist for Euronews’ French language service. There, his role includes a focus on audience strategy and development. Previously, as Euronews’ first-ever VR editor, he supervised the company’s immersive journalism workflow he set up and launched in June 2016. This award-winning project has received the backing of Google’s Digital News Innovation Fund and has produced close to 200 VR experiences and 360° videos shot across the globe. With his experience, Thomas has been named an ambassador of ONA’s Journalism360 initiative in March 2017 and he has shared this experience and know-how through numerous presentations, speeches and training in conferences, newsrooms or classes throughout Europe and the US.

During the 2018-2019 school year, Thomas was a residential fellow at the Reynolds Journalism Institute at the Missouri School of Journalism where his research project focused on audience and immersive content. There, he also mentored students and guest-lectured in various journalism and statcom classes. In his hometown of Lyon, France, Thomas has taught several classes about digital journalism and innovation in the media at the MBA or graduate level including at Sciences Po Lyon, his alma mater.