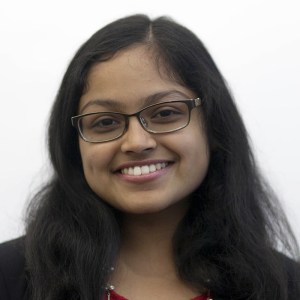 Riddhi Sarkar is a senior at American University, pursuing a double major in journalism and international studies. Riddhi has served as a reporter and editor for her college newspaper, The Eagle, and worked for AFP, NBC, the International Center for Journalists and the Wilson Center. She has also conducted interviews as a citizen historian for the 1947 Partition Archive, a nonprofit oral history organization collecting stories of witnesses of the 1947 Partition of India, an issue she is close to since her grandparents were deeply affected by the mass migration that resulted from the event.

Riddhi loves to travel and has lived in Kolkata, Delhi, Mumbai and Boston prior to attending college in Washington D.C., the city that acts as a training ground for her aspiration of being a global journalist, making sure every story that needs to be heard is told. Her passion for journalism comes with a fervent hope of contributing to a more fair and just society.