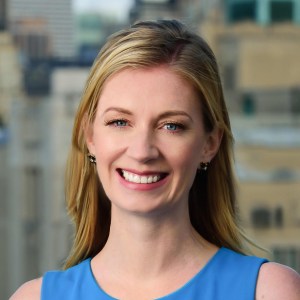 Managing the digital team at NY1 News, Lindsey is committed to finding broad ways to share the station’s deeply-reported, critical New York stories while maintaining the trust the local news outlet has built with viewers over three decades. Through the website, social media channels, podcasts and newsletters, the 24-hour television news station now reaches a much wider audience and is able to constantly innovate.

Before taking over the digital team in early 2019, Lindsey was the station’s education reporter for nearly a decade. She won numerous awards for her journalism, including a regional Edward R. Murrow Award, the top prize for overall reporting from the NY Associated Press Broadcasters Association and multiple national Education Writers Association awards. She has been nominated for three Emmy Awards, including one for her reporting throughout 2018.

Lindsey lives in Brooklyn with her husband, twin toddlers and their pug.