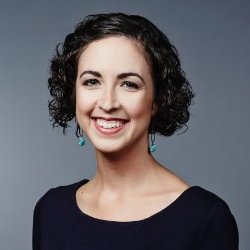 Katie Hawkins-Gaar is The Poynter Institute’s digital innovation faculty member. Prior to Poynter, she was the editor for CNN iReport, the network’s global participatory news community. A leading expert in user-generated content, Hawkins-Gaar was responsible for overseeing the site, setting verification standards, and managing an editorial team of producers based in Atlanta and London. Hawkins-Gaar started at CNN in 2007 as an associate producer of interactives for CNN Digital. The following year, she joined the CNN iReport team. She was promoted to iReport producer in 2010, senior producer in 2011, and was named editor in February 2014. Hawkins-Gaar was the first female speaker for the Atlanta chapter of Creative Mornings, a worldwide lecture series for the creative community. She has presented at the Online News Association, Social Media Week, the Management Seminar for College News Editors, and the Alabama Broadcasters Association Conference.