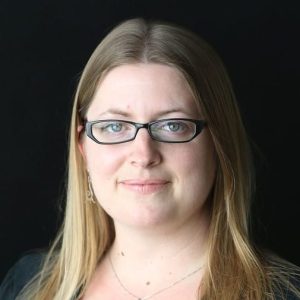 Jessica Terrell is an award-winning reporter, audio producer, and digital storyteller. She is currently the podcast and multimedia editor at Honolulu Civil Beat, where she also serves as the lead reporter and host of Offshore, a narrative journalism podcast about Hawaii and the Pacific Rim. The podcast received a 2018 Eppy Award, as well as recognition from the Asian American Journalists Association, Best of the West, and Religion News Association.

Her 2015 series, “The Harbor,” about life in Hawaii’s largest homeless encampment, garnered a first place Online News Association award for small newsroom feature. The project also received an honorable mention from the Ancil Payne Award for Ethics in Journalism. She is a member of ONA's 2018 Women’s Leadership Accelerator cohort.