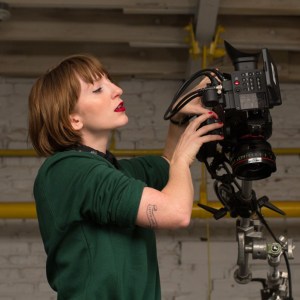 Jacki Huntington is a Los Angeles-based freelance journalist, director, producer, editor, and cinematographer with a specialization in (and unabashed love of) documentary narratives. Her work has brought her inside women’s craft collectives in Haiti, through the California cannabis grow operation of Sisters of the Valley, up and down the steps of Jerusalem’s Old City, and into a clothes-optional eco-village in Western North Carolina. She previously worked as an editorial producer at Refinery29 in New York City, where she piloted the unapologetically feminist, body positive video content that continues to influence the brand’s video aesthetic. She grew up in North Carolina and studied journalism at the University of North Carolina at Chapel Hill. She is currently developing a reported narrative podcast and is in production on a documentary feature.