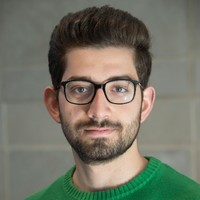 Hani was born and raised in Damascus, Syria where he fell in love with journalism as a 15-year old kid as all the news was breaking on what was happening across the country. He has lived in different cities over the last couple of years including Stuttgart and Berlin in Germany and Washington DC in the United States. Currently, he is a junior at Davidson College in North Carolina where he is pursuing a major in political science and a minor in economics. He has interned and worked with multiple media outlets including CNN, The Washington Post, and ZEIT ONLINE. Hani is interested in broadcast journalism and reporting from overseas using new media tools including VR and other tools that engage the audience with the news the best way. His fields of interest are Middle Eastern and Western European politics with emphasis on armed conflicts and immigration. He is fluent in English, German, and Arabic.