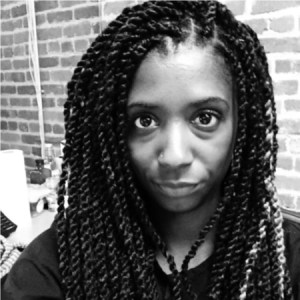 After getting one too many macchiatos for her Hollywood boss, Brooke Minters decided to go back to school so she could tell real stories. At Berkeley Graduate School of Journalism she focused on video. Fast forward and Brooke became one of the first AJ+ producers, conceiving and piloting new video formats. She produced everything from presenter-led studio pieces to mobile video field production in Ferguson, Missouri. In 2016 she relocated back to L.A. and after a brief stint at the Los Angeles Times she moved to Fusion to be the Executive Producer of explainers and short features, growing their audience and engagement plus creating sound workflows. After Fusion’s parent company Univision acquired Gizmodo Media Group she moved to NYC to take on the responsibility of overseeing video for several GMG sites (Deadspin, Jezebel, Lifehacker, The Root, Splinter and TrackRecord). Now, Brooke manages over 20+ people, including producers, editors and animators.