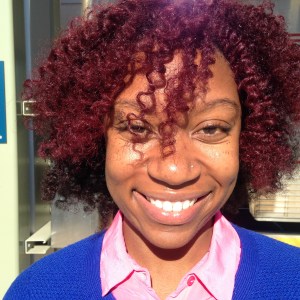 Tamerra has been a breaking news reporter for BuzzFeed News since October 2014. She began her career as a news assistant, and was promoted to her current position in less than a year. Tamerra reports on issues ranging from the massacre at Mother Emanuel AME Church to reproductive rights for Burundian refugees in Tanzania. In addition to covering day-to-day breaking news stories, she also produces compelling cultural pieces about race, gender and social movements. This has included commentary on coded language used to describe black people, and a panoramic view of the universities across the country protesting racial discrimination in the wake of the Mizzou demonstrations.

Prior to joining BuzzFeed News, Tamerra earned a dual masters degree in journalism and Africana studies from New York University. Her thesis focused on the concept of a cosmopolitan African, and how Ghanaian hip-hop artists use music to explore their identities. Throughout her graduate program, Tamerra also worked as the assistant director of the Journalism in Ghana study abroad program in Accra. When she isn’t conducting an interview or live-tweeting a Shonda Rhimes show, Tamerra coaches youth soccer on the weekends and is currently learning Portuguese.

My first major feature story for BuzzFeed News appeared in its inaugural HBCU issue: an in-depth look at tensions in the small Texas town where Sandra Bland attended school and later died in jail. On two separate occasions in August and October, I traveled to Prairie View, Texas, to interview people who knew or were associated with Bland (she was a Prairie View A&M University alumna). Each day, I coordinated meetings with professors, current students, alumni, activists, administrators and community leaders. I attended several city council meetings, and tracked down the Prairie View city council member who was stunned by a police taser the night before homecoming. I also spoke to current students who seemed disinterested in continuing Bland’s legacy, and questioned the outrage over her death. The result is a compelling, complicated narrative of a small, historically black college town that was catapulted into the spotlight by a national tragedy, and how its residents processed both the vicarious trauma of Bland’s death and the unanswered questions surrounding it.