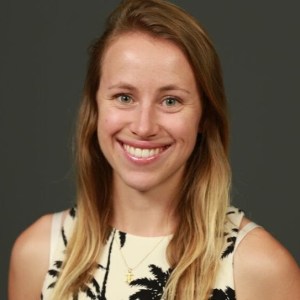 Delaney is currently a Product Manager at The Atlantic, where she leads cross-team collaborative efforts to build products that supplement The Atlantic’s most important stories. She is passionate about storytelling, a fascination that developed in her role as an Associate Producer at Al Jazeera, where she helped to produce a daily current events discussion show while also advising graphics and visuals for the team’s website and social channels. She previously worked at Voice of America, where she helped found their Middle East Voices blog, which aimed to tell the stories of those involved in the beginnings of the Arab Spring. As a student journalist, she led teams of up to 50 editors to spearhead production of a fortnightly newspaper.