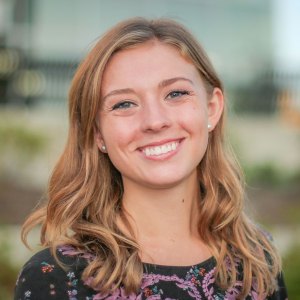 Stephanie Murray is a senior journalism student at the University of Massachusetts Amherst. She is editor in chief of Amherst Wire, the student-produced, digital-first news magazine of the UMass Journalism Department.

She also manages audience engagement for MASSterList, a daily email newsletter focused on Massachusetts political news and commentary. Murray worked as an intern and then as a full-time general assignment staffer at the Daily Hampshire Gazette in Western Massachusetts where she covered the first fatal shooting in Amherst in more than a decade.

She serves as a leader in the ONA Western New England group. Murray got her start in journalism as an intern at her hometown paper, the Lowell Sun. Murray is from Tyngsboro, Massachusetts, a small town on the border of New Hampshire. She believes in on-the-ground reporting, government accountability and never taking yourself too seriously.