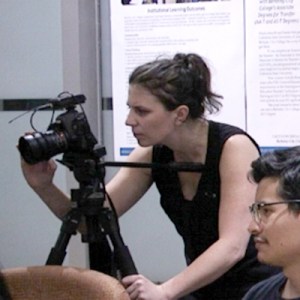 Shauna was raised in the Hudson Valley in New York State. She received a public school education, before earning a Bachelors of the Arts degree in Anthropology from Oberlin College. Upon graduating, Shauna pursued a career in television, working on programs such as the Emmy award winning series Anthony Bourdain’s ‘Parts Unknown” and PBS’s “Mind of a Chef.” Shauna worked on a variety of non-fiction television programs, both on set and in post production, learning all aspects of the production process. In 2015, she was hired to be the senior associate producer for the Emmy nominated MTV film “White People.” The documentary challenged White Americans to examine their privilege and identity in our modern plural society. After the success of the MTV documentary, Shauna moved from television into digital, where she has led dozens of documentary productions exploring intersections of race and identity in modern America.