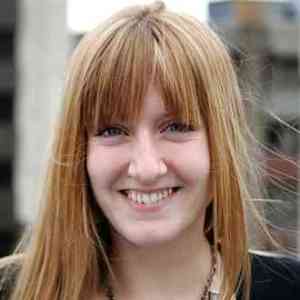 Rachel produces all of the digital and social media content for NPR’s Here & Now show, based at WBUR in Boston. She’s also on the advisory board of the audio-based social media startup Spoken.co, helping to create its first iPhone app. Ahead of the 2014 midterm elections, Rachel won a fellowship from WBUR’s iLab to spend a month driving cross-country in her Vanagon camper van, talking with young Americans about the issues most important to them. Her “Alternate Routes” project included daily interviews and photos. Before joining Here & Now in 2012, Rachel was a senior news writer for WBUR. Previously she was a staff reporter at the Vineyard Gazette on Martha’s Vineyard. She has also worked at a solar startup and as a Vatican City tour guide. She lived on a 27-foot sailboat for two and a half years, including seven months spent traveling from Massachusetts to Florida and back. Rachel has a degree in journalism and mass communication from New York University, where she was a staff writer for school’s daily paper. She credits her hometown newspaper, the Canton Citizen, for giving her her first newspaper job at age 17 and sparking her interest in journalism.

I created Here & Now’s Tumblr, which now has 9,500+ followers and is a home for special projects, including my own project ahead of the 2014 midterm elections. “Alternate Routes” included audio, photos, videos and writing, along with on-air segments. The project’s primary home was Tumblr, but it was also on SoundCloud, Instagram and Twitter, as well as on hereandnow.org when I did on-air segments. [Note: Don’t mind the election branding at the top of the Tumblr, as Here & Now is currently in the midst of another special project.]