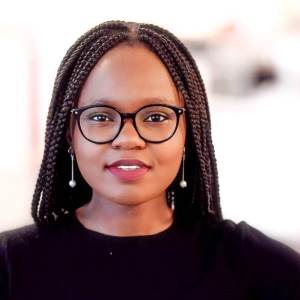 Nokuthula Manyathi is the deputy multimedia editor at News24 in Johannesburg. She assists the multimedia editor in overseeing the day-to-day news output of seven video and audio journalists. She’s a graduate of Columbia University’s Journalism School, focusing on deadline writing and documentary filmmaking. She also has a degree in Media Studies and International relations from Wits University in South Africa. She’s worked in academia as well as digital and print media. She now primarily produces investigative podcast series – she exposed a Christian cult in South Africa and a ring of sports coaches with predatory student relations. Her work has won awards in France, the UK, and South Africa. She speaks English, German, Zulu, and Afrikaans. She is also a runner by day and a reader by night.