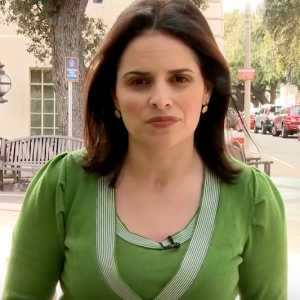 Alana Rocha is the director of news partnerships for The Texas Tribune. In 2021, Alana spearheaded production of its first-ever Spanish-language content – a podcast series that is serving as a pilot for the Tribune’s outreach to Hispanic and Latino Texans. Alana covered politics as a multimedia journalist for stations in Florida, Kansas and Texas and traveled the country reporting from the 2012 and 2016 presidential campaign trails. She has been the lead reporter on several award-winning projects and launched “The Brief,” a daily audio update. Alana received bachelor’s degrees in journalism and Spanish from the University of Florida.